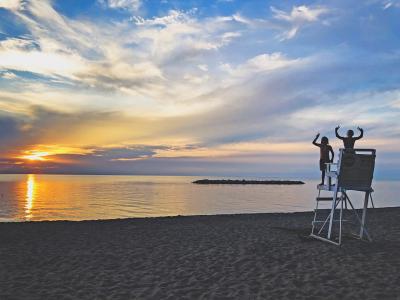 Jessica Hunter
Whether you're standing in an unoccupied lifeguard's chair or sitting on the beach, Presque Isle State Park's sunsets are some of the world's most breathtaking.

On June 10, 1921, Otto G. Hitchcock, vice president of Hays Manufacturing Company, spoke at an event about the Pennsylvania state legislature's authorization to create a state park out of the Presque Isle peninsula on Lake Erie. He was thrilled, because the peninsula, Hitchcock declared, was a "veritable playground of unsullied nature along the shore" and the most important attraction in Erie.

"Governor [William Cameron] Sproul recently signed a bill making the development of the peninsula possible," he explained. "It will all take time. It is a big job, but within a few years right here at Erie, you will have one of the finest 'back to nature' parks on the Great Lake."

This had been made possible, in part, by the efforts of State Senator A. Elverton Sisson, a well-known Erie attorney and politician who had also been essential in securing funds for the public dock at the foot of State Street in 1907 and the raising and restoration of the U.S. Brig Niagara from the depths of Misery Bay in 1913. 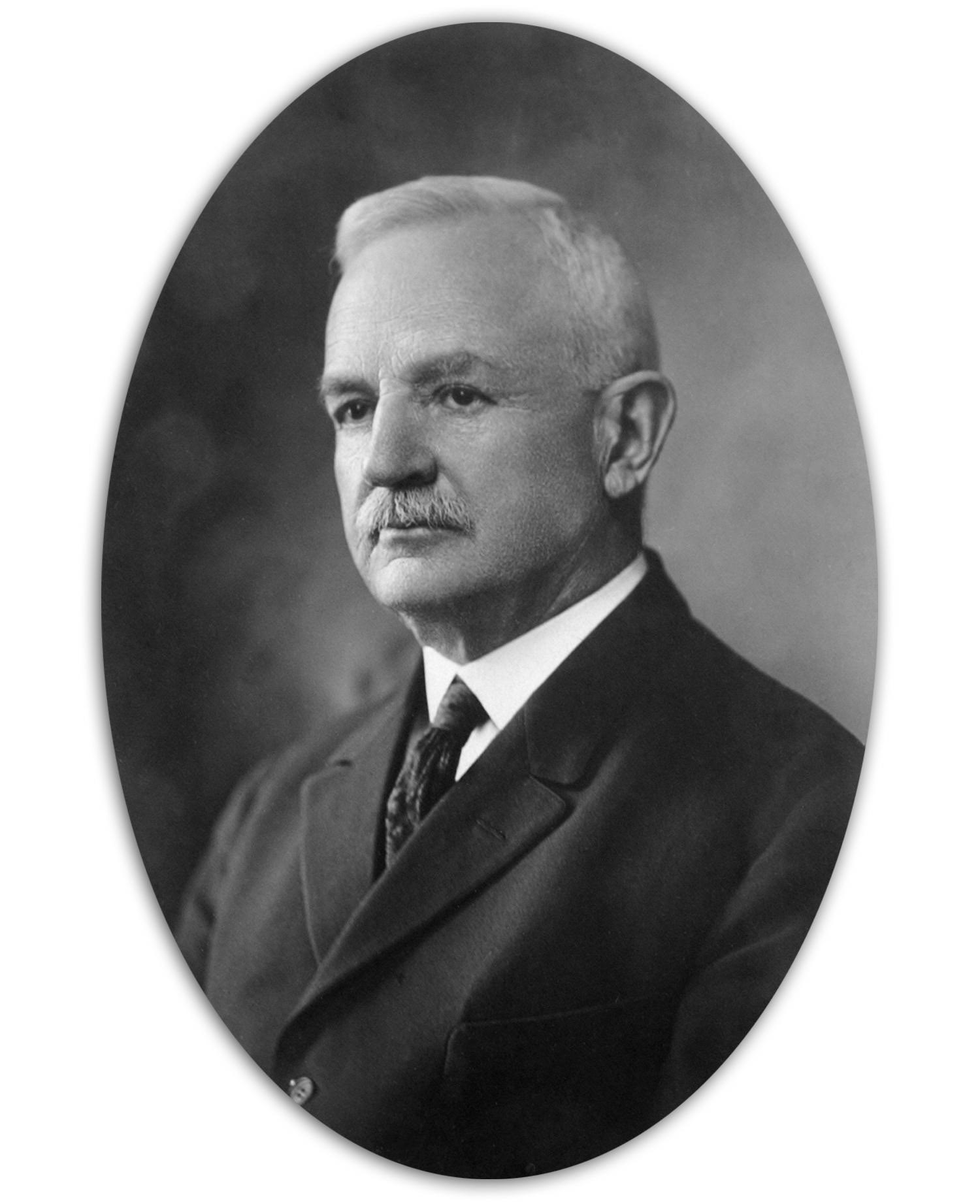 "Presque Isle Peninsula [is to be] be preserved, maintained, improved, enlarged, and forever held as a public park, to be known as Pennsylvania State Park at Erie," the official dedication read.

The story of Presque Isle is a story of many such changes, from its designations to its physical transformations, to the people who lived around, explored, and utilized it. For centuries, the land surrounding the 11,000-year-old peninsula was populated by those indigenous to the region. This included the Iroquoian group known as the Erielhonan people who were, as Harry Forrest Lupold wrote in his 1975 book, the "masters of the south shore of Lake Erie." They lived in nearby fortified villages among the still primeval forests and the peninsula was an important source of food.

As erosion changed the shape of the peninsula — including becoming an island on numerous known occasions — so too did the makeup of those who lived around it. The French, who gave the peninsula its current name, built nearby forts, followed by the British. Violence forced many of those native to the area westward while some, such as Odawa leader Pontiac, resisted and went to war against the intruders. Then in 1795, the town of Erie was surveyed to be centered specifically near Presque Isle with the natural harbor of Presque Isle Bay as its most important asset.

Since then, there have been many attempts to protect Presque Isle from its shapeshifting, particularly at the peninsula's neck. A Presque Isle watchman was often charged with reporting any significant erosion. In the late 1800s, hundreds of thousands of dollars were invested in breakwaters and jetties and plant growth, but the viciousness of lake storms made erosion difficult to combat. Between 1896 and 1898, the U.S. Army Corps of Engineers helped plant 1,000 Carolina poplars, 200 Wisconsin willows, 200 Scotch pines, and 2,000 honeylocust trees, which helped anchor the land.

By 1991, with the peninsula now established as a leisure destination for millions of visitors each year, the building of 58 modern control breakwalls was underway. Sand replenishment, or "beach nourishment" as it was sometimes called, had also become a major focus. Over the following two summers, with crews working around the clock seven days a week, half a million tons of sand was dredged and pumped from miles out in the lake and spread out across Presque Isle. This added as much as 75 feet of width to some beaches. As the Erie Times-News reported at the time, such projects held "a potential for conflict between recreationalists and environmentalists." In this case, the environmentally-conscious worried that this, along with other artificial changes, would disturb the "ecological balance" of the park. 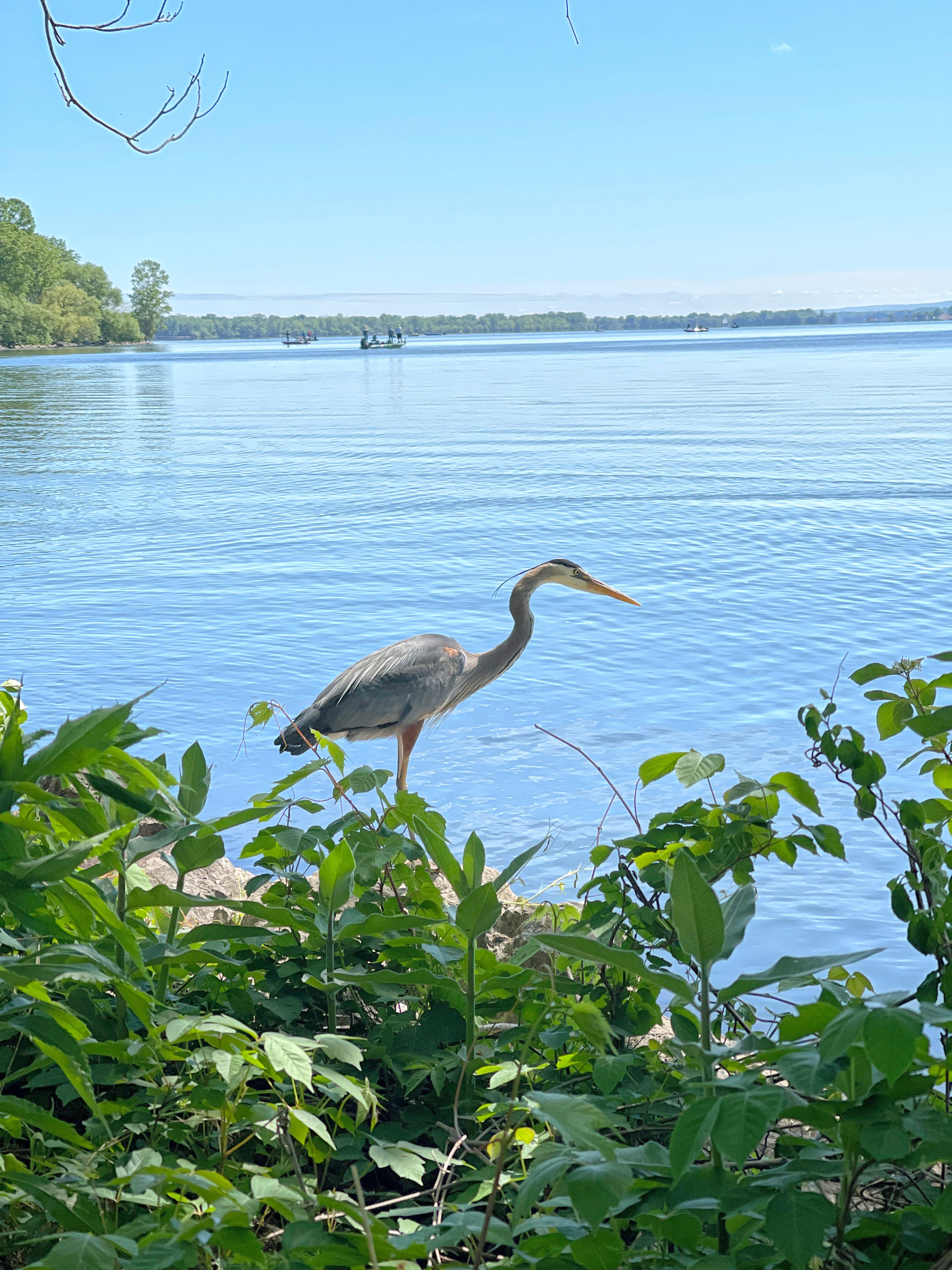 A great blue heron — one of 339 bird species to be recorded at Presque Isle State Park — shows off its graceful profile on the shores of Presque Isle Bay. Photo by Jessica Hunter.

That ecological balance has always been important to maintain across its 3,200 acres, specifically with so much human encroachment and interaction. Geologist Helen D. Deland concluded in 1991 that "careful planning" and "wise recreational use" was required in order to "balance the demands of maintaining public access … against the possibilities of damaging the complex system of interacting forces."

This complex system involves six distinct ecological zones throughout Presque Isle, each with its own "specialized plant and animal community." These zones are the lake, bay, and shoreline; the sand plains and new ponds; the dunes and ridges; the old ponds and marshes; the thicket and sub-climax forest; and the climax forest. Altogether, they include over 339 species of birds, nearly 50 mammals, and over 30 kinds of reptiles and amphibians.

As this year marks the 100th anniversary of Presque Isle being designated a state park, the Tom Ridge Environmental Center recently unveiled a historical exhibit that will be on display until Aug. 23. The Erie Times-News has also reported that there will be "events, activities, programs, and park enhancements" over the following year to celebrate. Whether you are there to soak in some rays, walk or bike the trails, picnic, boat, fish, or even simply watch the wildlife, it is a unique and special place and one that Erie is fortunate to have, free of admission costs, which keeps it accessible to more families.

Eugene Ware, author of the 2013 book A History of Presque Isle and the recent children's book Tucker and Ripley's Adventure on Presque Isle, described the peninsula as "an ecological and recreational paradise" and "a place where guests can enjoy solitude, reflection, and the wonders of nature." It is, as Otto G. Hitchcock proclaimed a century ago, Erie's most important playground.

Just always remember as you play: respect the wildlife, be considerate of others, and leave no trace.

Jonathan Burdick runs the historical blog Rust & Dirt. He can be reached at jburdick@eriereader.com. Find him on Twitter @rustdirt