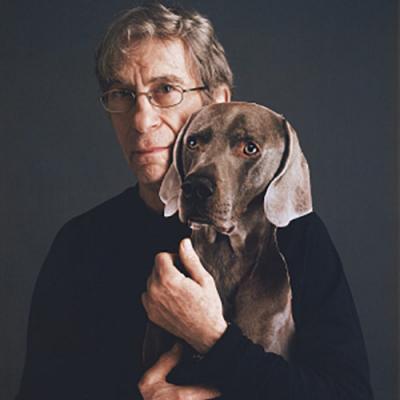 Like it has for nearly 100 spring seasons, the work of some of the Erie area's finest artists will come into full bloom later this month at the Erie Art Museum.

EAM's annual Spring Show – now in its 94th year – is the end product of a yearly competition. Artists living/working within a 250-mile radius of the city are judged, with a collective total of 300 submissions, less than a third of which make the final cut for exhibition.

Following a private preview for EAM members and the show's featured artists on Saturday, April 22, the 2017 Spring Show opens to the public at a free reception on Sunday, April 23.

Wegman, whose well-loved work is part of permanent collections at such prestigious places as the Museum of Modern Art, the Smithsonian American Art Museum, and Centre Pompidou, also gave a free lecture at Edinboro University on the evening of April 6.

He "is exposed to a lot of art and dabbles with many different expressions," EAM Director John Vanco said of Wegman in a recent news release. "Anyone who has posted a cat video on YouTube is following in his footsteps.

It should be most interesting, then, to see just where Wegman's feet stopped and stayed awhile in the field of this year's entries from around the region. – Ryan Smith