A Man with a Plan

by Alex Bieler
View ProfileFacebookTwitterInstagramGoogle+RSS Feed
October 2, 2013 at 7:58 AM 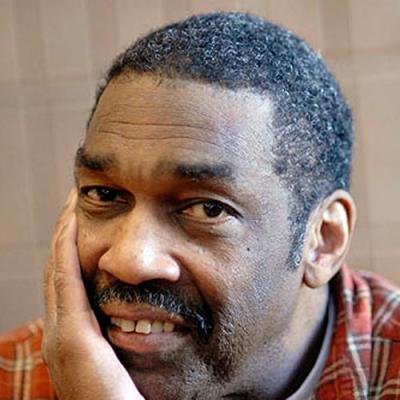 ver 40 years ago, Bill Strickland took over the Bidwell Training Center, a rundown building without any windows located in an impoverished section of Pittsburgh. While others sat around taking bets on how long Strickland would last at the center, the Pittsburgh native set about to changing the culture at Bidwell with a fresh perspective and a few coats of paint.

It would be an understatement to say that he succeeded. Strickland has earned numerous accolades, including being named a MacArthur "Genius Grant" recipient in 1996. As the CEO and President of the Manchester Bidwell Corporation, the parent company of Bidwell and Manchester Craftsman's Guild, Strickland has provided arts education to at-risk youth in his hometown through the Guild and job training for adults at Bidwell, a model so successful that it has been replicated in cities like San Francisco and Cleveland.

In fact, he thinks that it can work here in Erie, too.

"Why not? The need is certainly here," Strickland said, before he spoke at the Mary D'Angelo Performing Arts Center at Mercyhurst University Tuesday, Sept. 24 as part of Destination Erie's Educational Public Lecture Series. "The children are struggling in many of these inner-city communities. We now have seven of these centers operating in the U.S. that are as old as 12 years, and they work. Erie's a lot closer than San Francisco, and we'd be able to help in a more active way."

A captivated audience listened to Strickland as he told the story of how one art teacher, Frank Ross, helped him on his path through an appreciation of the arts, with Strickland going from a pottery-obsessed high schooler that made it into the University of Pittsburgh on probation to ultimately graduating with honors and later becoming a trustee of the school.

"Don't give up on the poor kids – they might be a commencement speaker," Strickland quipped on stage as he went through the slideshow of his own life and work.

"I was a public-school kid and my art teacher saved my life," Strickland said before his lecture. "I've been living out that story for the past 40 years, working with kids from very similar backgrounds and very similar circumstances, so I want to keep going."

Over the decades, Strickland learned how to help children and adults respond through trial and error, discovering that in order to help people renew their spirit, he had to give them a setting to renew their spirits.

With this in mind, Strickland had a new center built in Pittsburgh with fountains, black-tie lunches, and artwork adorning the walls of his complex. Students eat gourmet meals prepared by Bidwell's culinary trainees. And the Center even houses MCG Jazz, a music hall that has hosted the likes of Herbie Hancock and Dizzy Gillespie, with the attached studio winning five Grammy Awards for albums recorded there.

And now, Strickland wants to provide children in Erie with the same treatment.

"I hope we can get a conversation going about building a center here," Strickland said near the end of his presentation, as part of his goal to build 200 centers around the world.

By the end of the year, two more centers will open up, with one to be ready just two hours away in Buffalo. Strickland said that while he could help bring a center to Erie, ultimately it would be up to the people of The Flagship City if they want to be part of his vision.

It would be a lot of time and work, but if we're serious about helping our city grow, it might be worth discussing if our city could use a fresh perspective and a few coats of paint to follow in the footsteps of Strickland.