The nationally-recognized mayor of Braddock, Pa. will speak about urban renewal tonightat the Jefferson Educational Society. Our Ryan Smith spoke with him earlier today. 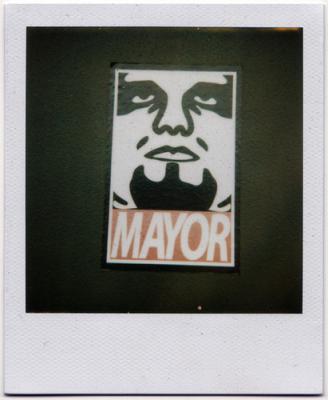 Braddock Mayor John Fetterman -- nationally-recognized for his part in ongoing efforts to rethink, reclaim, reshape and revitalize the Pittsburgh region's poorest town -- is speaking tonight at 7 p.m. at the Jefferson Educational Society of Erie, 3207 State St.

Give a damn about the future of Erie? Fetterman made it clear in a brief interview this afternoon that he's no have-all-the-answers kind of guy -- "I don't want anyone to mistakenly conclude that," he said -- but what he has to share is definitely worth hearing for anyone who does.

Here's some more of what came out of our brief talk with Mayor Fetterman, which came not long after he arrived in Erie today:

Ryan Smith: Have you been to Erie before?

John Fetterman: "I love Erie. My family and I vacation here regularly ... several times a year, [going] sight-seeing, and we love Presque Isle. It's just beautiful - I'm a big fan of the city and the area."

RS: And what brings you to Erie today?

JF: I got a nice invitation to give a talk this evening, and [I said] 'Why not?'

I have a chance to share a story. I want to emphasize I'm not here to teach - I'm here just to share [Braddock's] story. I don't ever want to give the impression I'm coming in to tell [people] what to do with [their] city.

These are pressing, important questions for [cities across] the country, these incredible, important cities that have given so much to the country, [but] have been cast off and discarded."