Even when there was going to be a punishment for all who walked, I still believed it was my duty to participate. 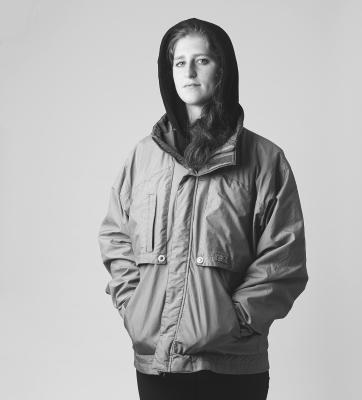 Maitham Basha-Agha: Why did you participate in the walkout?

Meghan Zonno: I participated in the walkout because I believed it was the right thing to do. Even when there was going to be a punishment for all who walked, I still believed it was my duty to participate. The walkout was bigger than me, it was bigger than the school, it was a nationwide movement during which people from all walks of life banned together to show our support for the victims of gun violence and to scream "enough". Too many lives have been lost to gun violence. If I went back in time, I would do it all over again, regardless of who was standing with me or of the punishment I would face. We need change, and I believe the walkout was a step towards accomplishing that.

MB: What are you hoping to achieve?

MZ: I want to start a conversation with lawmakers and the people the potential laws would be affecting. I want to encourage young people to call and/or write to their representatives. I want people to realize all elections matter, not just the presidential one. If we can come up with comprehensive laws regarding gun reform in Erie, and it proves to work, other places will find hope in us and come up with their own, similar, laws.

MB: What would you like the legislators to do?

MZ: I want legislators to encourage young people to become more involved in Politics. We are the future and we need to get involved early if we want to see change. Also, in doing this, legislators can better understand whom they are representing and if they wish to stay in office, they will take our ideas into consideration. Activism has increased especially among the young generation.

MB: Do your family, teachers, friends, etc.. support your activism?

MZ: I feel as though there was a lot of support for me while I was working on the walkout. Students at Villa and other schools, as well as girls who graduated, contacted me and asked how they could help or gave me words of encouragement. My entire family was extremely supportive of my efforts with the walkout. I am very proud of everyone who was a part of this nationwide movement and I hope they continue with their activism.

MB: Are you worried about the gun laws and what changes you wish to see?

MZ: I believe, as a nation, we should have gun laws that do not infringe on the second amendment, but still keep people safe. I want more in-depth background checks and a waiting period before receiving the firearm. A person should not be able to decide on a whim that they want a gun and walk out of the store an hour later with it. I believe that if someone has domestic violence charges, they should not be allowed to buy or keep any firearm. I strongly believe that bump stocks and large magazines should be banned. This should not be a partisan issue. Since Parkland, there have been numerous school shootings. People are dying, and elected officials have a responsibility to put into action laws that keep the citizens of this country safe.

by Maitham Basha3/21/2018, 11:30 AM
I realized then that I could stand up myself.
StudentVilla Maria AcademyWalkoutGun LawLegislator