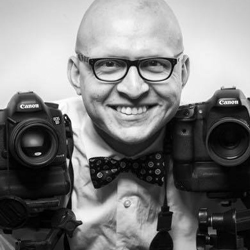 by Maitham Basha4/3/2018, 9:54 AM
I wanted people my age to see that kids can aim speak honestly, maturely, and respectfully and succeed in getting their point across while doing so.

by Maitham Basha3/28/2018, 10:15 AM
Brian Slawin shares his optimistic outlook for small manufacturers and technology entrepreneurs in northwestern Pennsylvania.

by Maitham Basha3/27/2018, 11:17 AM
I never want anyone to experience what Parkland and countless other schools have gone through.

by Maitham Basha3/23/2018, 1:13 PM
Even when there was going to be a punishment for all who walked, I still believed it was my duty to participate.

Alton Northup: The Youth of Today

by Maitham Basha5/12/2017, 11:00 AM
14-year-old Alton Northup's thinking is progressive and something worth listening to.

Local Refugees Weigh in on the Election

by Maitham Basha11/7/2016, 10:42 AM
We asked refugees living in Erie what they thought of the upcoming presidential election
Pageof 1