Five months after the Supreme Court rules against it, Aereo files for Chapter 11 protection. 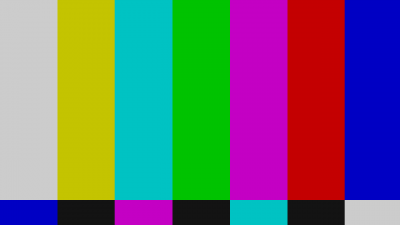 The experiment is over.

Aereo, the tech startup backed by media mogul Barry Diller, is the technology that was going to revolutionize television viewing for the destination averse, internet savvy viewers of over the air content.

The business model was timely and promised to bring viewers back to over-the-air programming that is otherwise useless in an era of cable, satellite and streaming content.

Aereo used warehouses full of dime sized antennas to capture and record over-the-air programming that would later be accessed by viewers on demand through their mobile devices for $8 per month.

But the big four - ABC, NBC, CBS, and FOX - along with a cadre of business partners sued Aereo based on the proposition that the streaming service operated like a cable provider and therefore should be held to the same regulatory standards of content access and dissemination. The case went to the U.S. Supreme Court, which sided with the networks.

Aereo said in June that it would maintain its course as it attempted to convince regulators to update its cable-friendly model.

On Friday that road seemingly came to an end as Aereo filed for Chapter 11 bankruptcy protection.

In a letter posted to its website, Aereo CEO Chet Kanojia wrote, "Chapter 11 will permit Aereo to maximize the value of its business and assets without the extensive cost and distraction of defending drawn out litigation in several courts."

According to a report published in the Wall Street Journal, Aereo's backruptcy filing lists more than $20 million in assets and $4.5 million in debt.

Given the influence of the cable industry on the FCC and Obama Administration, it is unlikely that Aereo's warehouses will be hot anytime soon. It's more likely that the next iteration of on demand over-the-air programming will come from the content providers themselves now that the free market that produced this innovative technology has been restricted and its pipes subsequently turned off.

The next time consumers see this level an Aereo level of service it's more likely to be tied to an exisisting cable bill the way that AppleTV and Roku apps are reserved for subscribers of more traditional services.

Welcome back to the late 20th Century.