Against Me! // Shapeshift With Me

Shapeshift With Me, relative to the band's spectacular catalog as a whole, is certainly one of their less powerful studio albums. 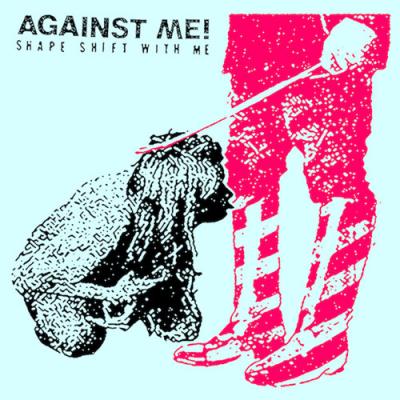 Some people have been following Against Me! since their earliest recordings. The band seemed to be evolving with us as we aged along with our modern culture. Each album in their catalog has a distinct voice, oftentimes reinventing the band (or Axl Rose), even in some small way. Shapeshift With Me, relative to the band's spectacular catalog as a whole, is certainly one of their less powerful studio albums. Singer Laura Jane Grace came out as transgender in 2012. Being one of – if not the – highest profile trans musicians in the world, Grace has been characteristically open about her personal journey. This is the second studio release since 2014's acclaimed Gender Dysphoria Blues. It starts off in raw punk anger, with "ProVision L-3," named after a brand of full-body scanners used by the TSA. Overall, the album mirrors the tone of 2011's White Crosses. Lyrically, it's similar, not getting as intimately explicit as other efforts. Unlike every other AM! album (besides Crosses), it suffers from a half-hearted ending, lacking any emotionally dynamic closing number, while still being highly listenable. – Nick Warren