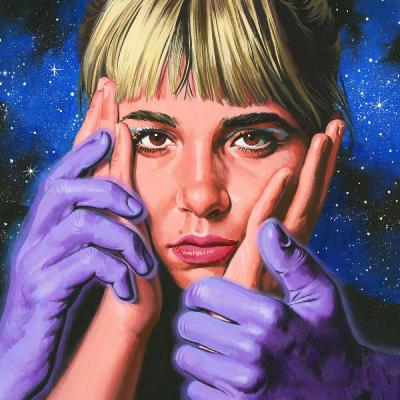 Considering their rise to public recognition on TikTok, it may be easy for some listeners to write off Beach Bunny without giving them a moment to justify their existence. This would be a grave mistake, as singer Lili Trifilio and company have repeatedly proven themselves in a saturated market of throwback power-pop acts. Not unlike Soccer Mommy, Beach Bunny has an undeniable tie to the early 2000s and the hits that dominated pop radio during that time. But what sets Beach Bunny apart is the way they've crafted these songs to fill stadiums.

Nearly every song on Emotional Creature, starting with "Entropy," is not only hooky, but produced to be heard on the biggest PA system imaginable. Beyond being one of the best-sounding albums of the year, Emotional Creature is also one of the easiest to listen to. Trifilio is skilled at writing about universal themes from a personal perspective, ensuring that her grasp never exceeds her reach. On "Love Song," she repeats a scenario mentioned earlier on the album — loving someone so much, you want to kiss them while the whole world watches. And you don't have to be the frontwoman of a popular power-pop band to know that feeling.