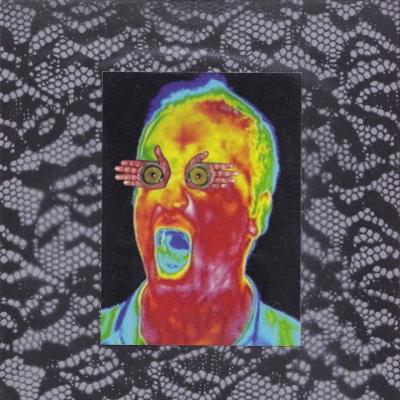 From the mind of Robert Jensen comes Blunt Guts. Most locals will know Jensen as the owner and operator of Erie's Basement Transmissions, but discerning members of the scene remember him as one of the driving forces behind Pegasus Unicorn and The Jargonauts (as well as his follow-up with Josiah Haughwout, Jensen & Three Sharks). Forget about that for a moment. Blunt Guts is unadulterated genius. "We had a particular sound," Jensen said, speaking of his previous bands, noting that "it was tough to leave that behind." Cranberry Blood is firmly planted in the future of music. Combining the electronic sounds of drum machines and synthesizer sequences with hazily blissful vocoded lyrics and samples, Jensen simultaneously pushes the envelope while making a record that's endlessly listenable. With help from local musicians Lil Avril and Austin "Chauncy Bill$up" Smith, Jensen blends hip-hop with experimental avant-pop sounds. The seven-track album sees highlights like "Waves," "SLEEPER" (co-written by Lil Avril), and the closer "The Riddle." Fans lucky enough to land a handmade edition of the album were even treated to a pop-up book-like interior featuring Jensen's beautiful collage art, for one of Erie's best local albums of the year.
— Nick Warren