by Nick Warren
View ProfileTwitterInstagramRSS Feed
May 13, 2021 at 1:30 PM 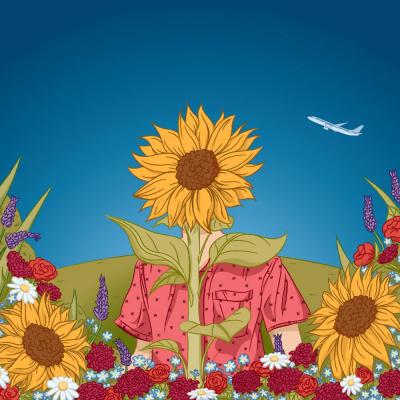 If you've never followed up on a music review, I hope today is the day. Writing music reviews can be rewarding, and Cade Eliason is one of those few artists that make that search worth it. Forget Me Not, his third album is practically perfect. Aside from a small handful of mix-volume issues, I'm utterly blown away. It's raw, and it's elemental. It's fun, and it's real. On a macro level, it's ripe for fans of Rex Orange County. Eliason's blend of emo, neo-soul, and hip hop makes for the ideal "bedroom album." Keep in mind that this is all coming from an 18-year-old kid from Minneapolis with no Facebook artist page. Forget Me Not is a short, 8-song album that's fully formed. Every song is better than the last, with perhaps the best introductory track being "It's Okay." It took me four listens to realize that the track titles form the last line he wrote on the album. It all ends with the traditional, Civil War-era song "Aura Lea." There are little things you don't notice until multiple listens, like the subtle Kool-Aid man monologue in "So," and the Pink Floyd-esque album loop attached to the final seconds of "Sometimes." Eliason has done his homework, and he's incredibly wise beyond his years, with an already-prolific output well worth diving into. In my five-and-a-half years reviewing music here, this is the fourth perfect review I've given.