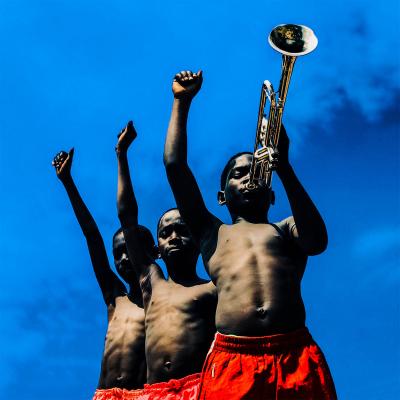 Chicago-based rap-poet Common has always been public about the ill manner of society, including the harsh reality of poverty, systematic warfare, and the blatant oppression that refuses to cease. The conscious rapper stirs up more questions about today's world with his 13th studio effort A Beautiful Revolution (Pt.1). The 9-track opus welcomes itself with a soothing intro laced with spoken word explaining the beauty of Black America, the perils it encounters — and without any reluctance — the answer to a better tomorrow. Common reveals on the second track "Fallin'" that it was the outcry about the racial barriers set upon African Americans that informed his writing for A Beautiful Revolution thematically. The album picks up with a few speaker-knockers and light-hearted cuts you can two-step to, but it never loses its fight for peace and justice. Guest appearances from Black Thought, Lenny Kravitz, Stevie Wonder, and more complement Common's conviction and curiosity. Jazzy and cohesive, A Beautiful Revolution (Pt 1) isn't made to shake up the world or obtain commercial success, but to be a ripple to inspire others to join the march for equality.