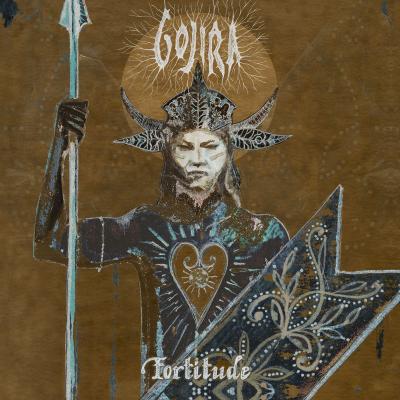 With *Fortitude, Gojira have cemented their place as one of progressive metal's most important bands. The seventh album from the Ondres, France quartet is a step beyond in their already impressive catalog. Recorded in their New York City studio, this marks the band's return from their landmark 2016 album *Magma. Curiously, there's almost a positive feel on this record. Filled by the band's trademark heaviness, *Fortitude exists as a slightly more accessible endeavor than previous offerings. Twenty-five years after their formation, Gojira find themselves at the top of their game. The 11 tracks flow gracefully from one to another, with standout moments like the title track and the aptly named "The Chant." Feelings are codified, coalescing in sections of unforgettable fuzzy grandeur that you'll be tempted to sing along with. The family tree of metal is evident here, with sections that hearken to Led Zeppelin, Sepultura, and Iron Maiden, as well as contemporaries like Meshuggah and Mastadon. There's shredding aplenty, as evidenced in the opening licks of "Another World'' melded seamlessly with epic sequences of forceful riffs and choruses.