by Nick Warren
View ProfileTwitterInstagramRSS Feed
August 16, 2021 at 10:30 AM 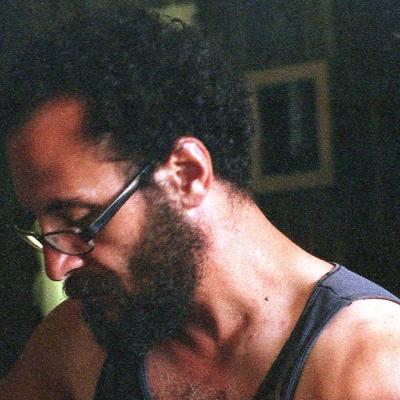 Released barely one month after An Unmastered Life/Loops Vol. 1, the second edition of Jeremy Yamma's instrumental loops moves the listener into a new zone. Recorded primarily in 2017, Vol. 2 was made amidst Yamma's time with the groups Haunted Creatures and Zonk. This work, however, sees him playing all the instruments you hear. "I've always had the notion that I really want people to hear what I do," Yamma explains in his bandcamp.com page. "But the unfinished and unmastered nature of the work made me self-conscious and kept it in limbo." As the name of the release suggests, these tracks are by all accounts, "lo-fi." The result isn't sloppy or half-hearted, but intimate. Smoke your medicine and give these tracks a warm listen. At times they feel like the diegetic background score to the best late-night conversation you've had in years. The grooves of "strike to light," the exploratory bass of "two three w/ solo," they're bursting with passion. The angular melodies and counterpoints are perfect for fans of Don Caballero and similarly minded early math rock outfits. The ephemeral nature of loops is often an unfortunate one, often relegated to the dustbin; here though, it's lucky that the sketches have become the finished product.

Listen and purchase on Bandcamp at highseer.bandcamp.com