by Nick Warren
View ProfileTwitterInstagramRSS Feed
January 20, 2022 at 10:00 AM 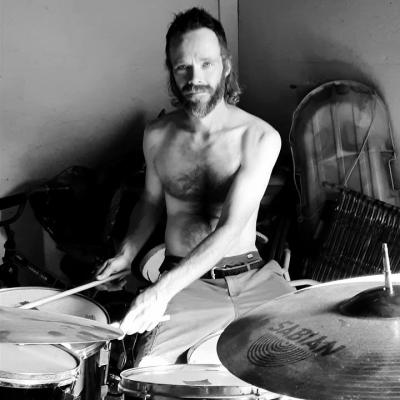 The debut album The Catalyst from local newcomer Johnny Dibs has a lot to drink up. There are a couple of different voices at work here among the album's eight tracks (coming in just under 30 minutes). As heralded by the opening two tracks, Dibs alternates between a lo-fi hip hop sound and folky, fingerstyle guitar compositions. The transition may sound a bit jarring, but it's almost shockingly cohesive, much the same way that Sublime's Robbin the Hood works (minus all the distracting audio vérité, of course). The former style features full-band instrumental loops from Dibs, with him and Brian the Fly trading low-tempo rhythmic verses, along with guests like Pilser and Andrew Morelli. The pattern breaks with the penultimate "Folk Song," perhaps the album's standout (featuring Elle Taylor and Cheyenne Gaines on guest vocals). Throughout the album, Dibs uses alcohol as a recurring theme, his gravely, almost Tom Waits-esque voice beckoning the listener via the bottom of a bottle. The record is warm and intimate, easy to listen to multiple times. Its recording feels immediate, filled with a loose yet skilled musicianship that's far more endearing than most.