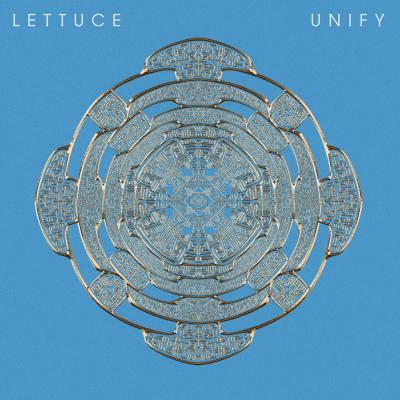 Lettuce, the hard-touring Boston funk band, are rightfully known for their live performances. Although a common fixture of summer music festivals, the band's studio albums — unlike some of their peers — are unforgettably magical as well. Unify, the band's eighth studio album, captures that essence perfectly, in an expansive 16 tracks coming in at 70 minutes. It's the perfect record to put on to keep your head bobbing and your spirit grooving, the vast majority of it instrumental (hell, if it was all instrumental, the album might even be more effective). Blending funk and jazz, the band formed at Berklee College of Music a remarkable 30 years ago, and have been playing together ever since. With former members Eric Krasno and Neal Evans cooking away with their trio Soulive, the septet hasn't missed a beat. Sounding as fresh and bouncy as ever, the group even pulls in the legendary funk icon Bootsy Collins for "Keep the Funk Alive." If you're not pulled in by the opening track "RVA Dance," then you might just want to make sure you have a soul and a sense of humor. Through highlights like the dark and driving "Hawk's Claw" and the spicy explorations of "Vámanos," the band builds a rhythmic relationship with the listener.