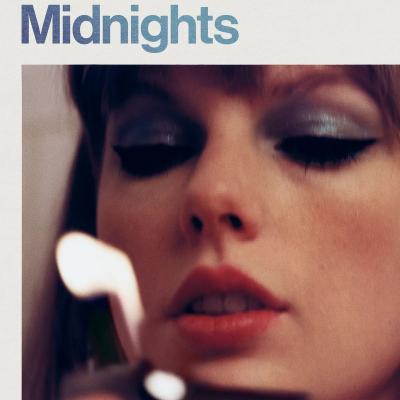 These days, there aren't that many works, be they music, film, or television, that are part of modern monoculture. The offerings of Taylor Swift, however, are just that. Long story short, for one of the most mainstream albums to ever exist, Midnights is a personal work marked by Swift's trademark idiosyncratic writing style and producer Jack Antonoff's indie sensibilities. And it's pretty damn good. Midnights meets the populace at the high point of the middle of the road, with peaks like "Anti-Hero" and valleys like "Karma." Long abandoning the acoustic folk of her early albums like Speak Now, Swift dives into the world of dream-pop and darker folk. As if passing off the baton, Swift is joined by her clear modern influence, Lana Del Rey in the single "Snow On The Beach," with its perfect-for-Erie chorus complete with a rare swear from the 32-year-old Taytay. As the venn diagram between Swifties (Taylor Swift fans) and Pharbz (Phoebe Bridgers fans) begins to enclose on itself, the world is better off. Swift more and more seems to be like that rare high schooler, who clearly peaked around their senior year, but since being in college and the real world, has actually learned a thing or two, as demonstrated in tracks like "Midnight Rain."