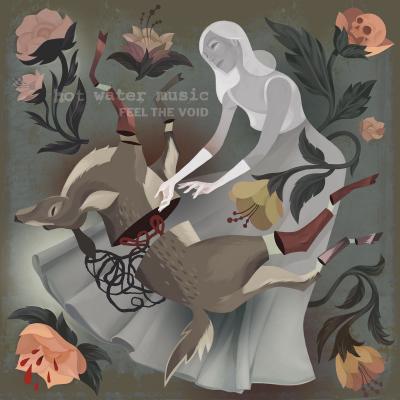 It's just so damned nice to have a brand new Hot Water Music album that's so thoroughly enjoyable. Able to stand alongside some of their best work made in the band's nearly 30-year life, Feel the Void sounds relevant and fresh, while striking the same trusty chords fans have come to know and love. This is a remedy for the punk stagnation their now-middle-aged followers undoubtedly experience. The band's third record in a full decade, Feel the Void is the ninth overall studio album by the Gainesville legends, not to mention countless splits, compilations, and 7"s over the years. I think the surprising critical success of this album hinges on two main things. One, many published reviewers grew up idolizing Hot Water Music. Two, and most importantly, the bar for a punk band's new effort has been set so low that when a band simply comes up with something decently authentic to themselves, it's truly surprising. With the Flatliners' Chris Cresswell as the fantastic replacement for co-vocalist Chris Wollard, frontman Chuck Ragan, bassist Jason Black, and drummer George Rebelo haven't missed a beat.