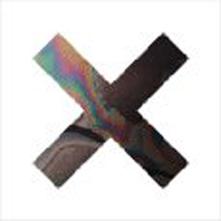 The xx
Coexist
Young Turks
While saying that an album doesn't "have much there" normally doesn't bode well for a new release, the xx would likely take it as a compliment. The band keeps the same minimalist formula that was used on their self-titled debut, but this time around, they strip everything down even further. Producer Jamie Smith, better known as Jamie xx, employs silence to great effect on "Coexist," causing every stab of slightly reverberated guitar and the breathy vocals of Romy Madley Croft and Oliver Sim to reach out even farther. The effects are hypnotizing as the gorgeous simplicity draws you in from the opening seconds of album opener "Angels." There's an honesty behind the music, as the band lays their thoughts bare while you listen in. The xx didn't go out of their way to reach new boundaries, but they did show that sometimes less is more. - Alex Bieler 4.5/5

Grizzly Bear
Shields
Warp Records
Musically, it appears that someone has been poking at Grizzly Bear. After the success of the 2009's "Veckatimest," the Brooklyn-based indie band returns on a louder note on the new "Shields." While showing off more of a growl than a full-fledged roar, Grizzly Bear eschews the more airy sound of "Two Weeks" for a larger guitar sound. Album opener "Sleeping Ute" and the excellent "Yet Again" bring a multi-guitar attack and more prominent drums to the forefront with the usual choirboy-sweet vocal harmonies, with the latter song even descending into a heavy dose of distortion at the end. While not all the songs lean toward the heavier side, there is a grittiness that Grizzly Bear doesn't normally exude, which works better than expected. Even with the small dose of thrash, the normal lovely nuances shine through throughout "Shields," providing a nice follow-up to "Veckatimest." - Alex Bieler 4.5/5

Menomena
Moms
Barsuk
With the loss of Brent Knopf from Portland indie group Menomena, it's appropriate that the band's newest album, "Moms," focuses on the remaining member's various relationships. Now down to a twosome, Justin Harris and Danny Seim take aim at the different influences others have had on them. Harris and Seim each take a number of stabs at both writing and singing on the album, but just like previous efforts, Menomena's members have an uncanny chemistry despite their differences. The songs have a feeling of having been cut up from a standard whole and pieced back together, giving each tune a unique and fresh feel. The duo swaps instruments in and out, switching from squealing guitars and crashing cymbals to prominent saxophone and piercing piano in short sequence. "Moms" may not be a perfect family photo, but the duo's reunion works out just fine. - Alex Bieler 4/5

Dave Matthews Band
Away from the World
RCA
After the unexpected death of saxophonist LeRoi Moore four years ago, DMB released "Big Whiskey and the GrooGrux King," an album that featured Moore's last recordings, and enlisted saxophonist Jeff Coffin to round out the album and the band. After chart success and an extensive tour, many thought the band might eschew studio time. Instead, they reunited with producer Steve Lillywhite, who last worked with the band before 2001's "Everyday." "Away" is reminiscent of the band's past, both recent and distant – "Belly Belly Nice" (the album's worst-titled song but a funk-fueled sexy good time) plays like a cousin to "Shake Me Like a Monkey" and "Mercy" (the album's lead single) unfolds like a politically-conscious nephew of "Crash Into Me." As Matthews ages and weathers the world, his topic matter matures, but there's still an element of dancing-in-the-mud fun here that should keep all the barefoot firedancers happy.   - Ben Speggen 3.5/5