Bartosek's back and he brought the Bieler! Check out their reviews of new stuff by Aqueous, Matt & Kim,the Mountain Goats, and Freelance Whales. 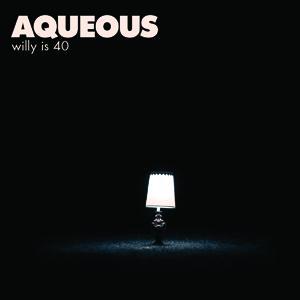 With "Willy Is 40," Aqueous has joined the ranks of their influences-turned-peers with a near flawless studio album showcasing the young band's explosive musical prowess. The sophomore album by the Buffalo, N.Y. jamband features epic progressive-rock compositions such as "Origami" and "Gordon's Mule," each meandering from post-heavy metal to chill inducing, Metheney-esque soundscapes. Longtime fan favorite "Aldehyde" gets a facelift with a well-placed injection of horns, while live show 'fist-pumpers' "Strange Times" and "Warren In The Window" are portrayed here with a smooth studio sheen.  Aqueous has expertly captured their signature intensity, a feat seldom achieved by bands of the jamband ilk. "Willy Is 40" is no mere rock album. It is a proclamation that this band has matured into a musical force to be reckoned with.  - Ryan Bartosek 4/ 5

Since 2009's "Daylight" hit the airwaves, Matt & Kim have become the symbol for hyper, sing-a-long fans everywhere. Their approach was a simple, super-catchy formula that worked – as seen by the amount heads that perk up every time the first few notes of their breakthrough single are played. On "Lightning," their latest album, the duo hits many of the same familiar notes, but they don't seem to be executed quite nearly as well. Album opener "Let's Go" revisits that same party-starting gleefulness, with plenty of chanting, ooh-ing, and more, but "Lightning" seems to slow down right after. "Now" leaves you hoping for 'later,' one of a few songs that leaves you raising an eyebrow instead of bopping your head. If it weren't for Matt & Kim's unrelenting enthusiasm, the album still feels more exciting, but still not nearly as exciting as efforts in the past. - Alex Bieler 3/ 5

Over the course of two decades, John Darnielle has been telling stories. Through his numerous tales, the Mountain Goats frontman has earned a strong following of folks, in large part to his ability to connect with listeners through his lyrics. On "Transcendental Youth," Darnielle, along with bandmates Jon Wurster and Peter Hughes, adds several new characters to The Mountain Goats' storybook. The latest album hones in on the usual downtrodden folks – the paranoid agoraphobic, the waiting junkie, deceased R&B singer Frankie Lymon – and tells their tales. "Transcendental Youth" alternates between bleak and hopeful, with album opener "Amy aka Spent Gladiator 1" acting as an excellent reminder of how Darnielle's nasal observations ring so honest and true. Paired with his usual strong, often acoustic melodies, the additional tales add an another strong collection of tunes to The Mountain Goats' extensive catalog. - Alex Bieler 4/ 5

"Diluvia" marks the second full-length release in Freelance Whales short history, but the new effort shows that the group has already matured in just a few years. After debut album "Weathervanes" hooked listeners with its twee, almost sugary-sweetness, and quirky lyrics, "Diluvia" shows off a more fleshed-out sound. The songs on the newest album are longer and more dreamlike, although the same banjo plucks and sweet vocal stylings remain. At first, the change takes you by surprise, but a few listens allow the new, slower mood to sink in. That doesn't mean that "Diluvia" is flawless, however. While the new wash of softened sweetness is enjoyable, there isn't nearly as much truly memorable moments on the new album as there were on "Weathervanes," leaving you hoping for a little more excitement. Still, "Diluvia" offers a good batch of tunes to feed your synth-folk fix. - Alex Bieler 3.5/ 5