All An Act Theater Brings Brooding Antihero Hamlet to Life 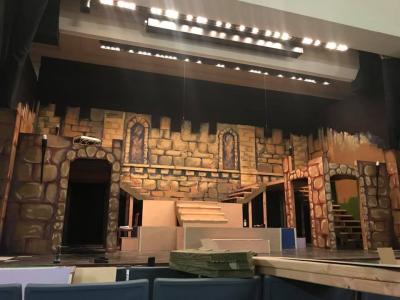 To be…or not to be the opening line of any article ever written about Hamlet?

William Shakespeare's most-produced play has that effect on people in the arts, so infamous is the premise and its many memorable quotes.

The story of a prince of Denmark who suspects his uncle of murdering his father (the king) before marrying the queen (his mother), has been rendered in hundreds of productions, most prolifically the word-for-word Kenneth Branaugh film. But now, Hamlet takes to the stage in Erie's own Little Italy neighborhood, at the All An Act Theater, ensuring an evening filled with brooding royals, drowned maidens, vengeful sons and the cursory tragic Shakespearean ending of a flawed hero.

Directed by David W. Mitchell and "freely adapted" by J.D. Mizikowski, All An Act's Hamlet runs through mid-October, with tickets available for purchase online and at the door. — Cara Suppa