All Dogs // Kicking Every Day

by Alex Bieler
View ProfileFacebookTwitterInstagramGoogle+RSS Feed
September 16, 2015 at 11:00 AM 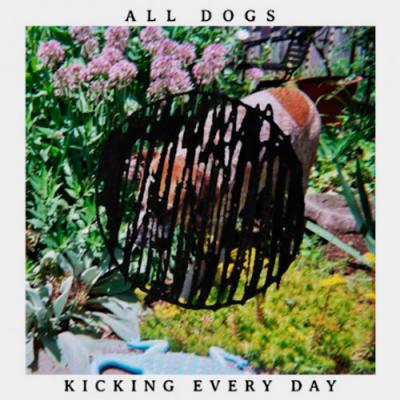 All Dogs balance dark moments with sunny pop melodies on the band's debut album. Even as she sings about self-defeating tendencies and anxiety, frontwoman Maryn Jones absolutely dominates the microphone, demanding your attention with a tremendous, all-out performance amid some rousing hooks and fuzzy sonic goodness. At one moment, she's dealing out searing lines on the brilliant pop-rocker "That Kind of Girl," the next, she's cooing on the gentle "Your Mistakes." Throughout the album, it's hard not to be captivated by the intimacy of it all, an invitation into the mind of Jones (that just so happens to come with an awesome, fuzzed-out '90s pop-rock soundtrack). Even with the doubt, there's a sense of fight — not surprising on an album entitled Kicking Every Day. From the sonic kick to the teeth of "That Kind of Girl" to the heart-wrenching slow burn of standout track "Skin," you'll be fighting along with Jones and All Dogs all the way. — Alex Bieler