Amanda Palmer // There Will Be No Intermission 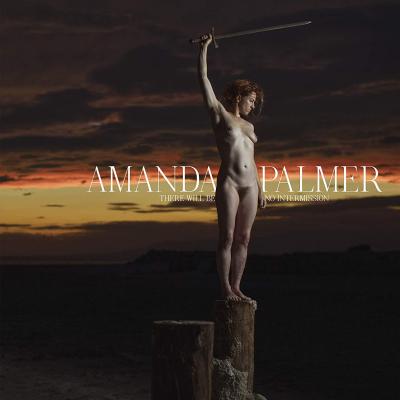 There Will Be No Intermission

With a title that reads as less of a statement and more of a warning, Amanda Palmer's newest work is a lengthy one. For the artist's third proper album in more than a decade, she brings a lot to the album's mise-en-scene. It's nearly impossible to avoid the theatrical undercurrent that runs through this record, as it employs both the language of theater in addition to itself being a histrionic deluge of confessional songwriting. It really does read as a "one-woman show," with most tracks relying on minimal musical accompaniment by piano or ukulele. Palmer's lyrical prowess is difficult to deny, easily displayed in the tour-de-force opening (technically coming in the second track) of "The Ride." Every other track of the album's 20 is over five minutes long, with an instrumental precursor that's between 20 seconds and two minutes. There's no shortage of passion, as Palmer practically forces an intimate connection with the listener. By the end, even if you're relatively unfamiliar with the former Dresden Dolls member, you'll feel like you know her well. There's heartbreak ("A Mother's Confession"), anger ("The Thing About Things") and so much more. — Nick Warren