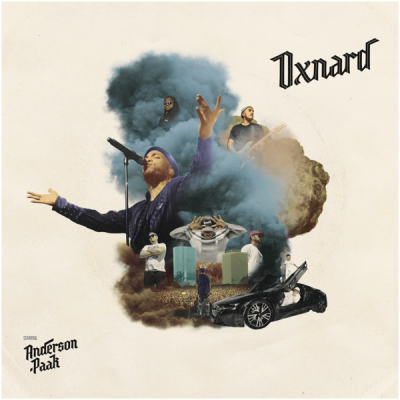 The follow up to Paak's debut, the 2016 masterpiece Malibu, had to come sometime. Continuing to move north up the California coast, his third studio album is titled Oxnard (his 2014 debut being Venice), and finalizes his "beach series." While not reaching the atmospheric heights of his sophomore album, this album is an inspired fusion of hip-hop, funk, and soul. There's an inviting, old-school air here, aided by significant collaborations from Dr. Dre. Nineties kids will be in a smoky heaven with "Anywhere," thanks to a guest appearance by none other than Snoop Dogg. There are great guest spots sprinkled throughout these 14 tracks, the best and most obvious being on the lead single "Tints," which features Kendrick Lamar, effectively giving this album the powerhouse's blessing. Oxnard, Calif. is Paak's birthplace, and the warm feeling is evident with nearly measure. Even more aggressive tracks like "6 Summers" have their gorgeous moments, even when tackling complex issues. If you were a fan of Malibu — as you darn well should be — you won't be disappointed. If you're just discovering Paak now, rejoice, and remember these tracks when the warmer months set in. — Nick Warren