The My Woman album creates a fresh identity for Angel Olsen.

by Nick Warren
View ProfileTwitterInstagramRSS Feed
September 14, 2016 at 9:00 AM 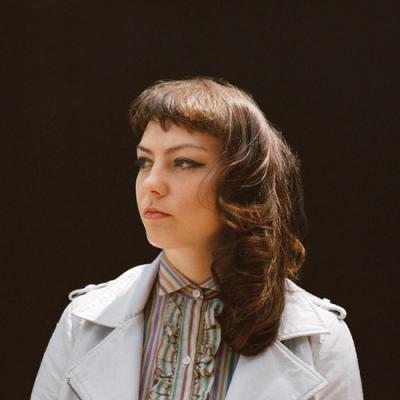 For her third full-length record, Angel Olsen has hit upon a near-perfect synthesis of her previous work. My Woman balances the spartan folk pop of Half Way Home and the fuzzy adventurous indie of Burn Your Fire for No Witness. Olsen's voice is simultaneously powerful and fragile, her notes wavering and heartfelt. Producer Justin Raisen has harnessed the sound of 1960s pop with a timeless edge. Songs like "Never Be Mine" capture a bygone nostalgia rife with infectious melodies set against a luscious instrumental reverberation. My Woman, while at moments retro, still feels new. Olsen's emotion oozes through every measure, her voice artfully telling her story. High points in the album include "Not Gonna Kill You," wherein Olsen channels Grace Slick, making for one of the best tracks all year. Songs like "Sister" are evocative and sweeping, building up over the course of seven minutes, transitioning from whispered pleas to frenetic guitar solos. The album creates a fresh identity for Olsen, that of the artistic emotional rockstar, able to take her place at the table of musical greats. – Nick Warren