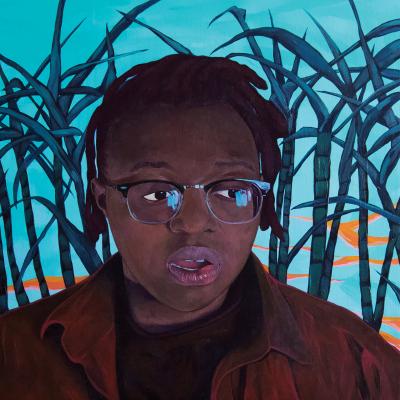 Meditative and focused, the debut album from Boston's Anjimile is subtly astounding. Carrying the affecting tones and harmonies delicately harnessed by artists like Sufjan Stevens and Fleet Foxes, Giver Taker offers up its own unique voice. The project of multi-instrumentalist Anjimile Chithambo, the album portrays an instantly relatable feeling told from a deeply personal perspective. As Chithambo received treatment for their alcoholism prior to the release of this album, they also continued their journey as a trans, non-binary individual (going by both they/their and he/him pronouns). It's a work to behold, chamber-folk of the highest caliber that's ideal warmth for the coming autumn nights. Wafting melodiously, dealing with mortality and self-actualization, Giver Taker forgoes any seeming pretension and opts for honesty at every turn. Utilizing instrumentation that's often minimal, the harder-hitting pop sections of songs like "Baby No More" or the afrobeat crescendos of "Maker" strike fire just as well as reflective, finger-picked chimes of the album's bookend tracks, "Your Tree" and "To Meet You There."
— Nick Warren