by Alex Bieler
View ProfileFacebookTwitterInstagramGoogle+RSS Feed
May 28, 2014 at 6:04 AM 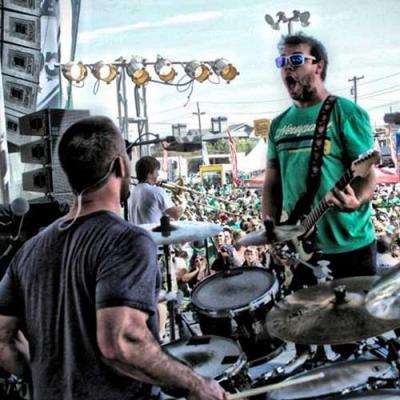 New things are exciting, and the prospect of a brand new musical venue with a festival atmosphere is something that should get Erieites rather energized. Well, Shickalay's on the Bay is going to put a charge into the musical community when they kick off their summer music series with Badfish: A Tribute to Sublime and Falling Hollywood Sunday, June 1 in a show that will intrigue plenty of locals.

According to Shickalay's owner, Eddie Bayeh, the thought of hosting big-scale shows on the field behind the restaurant was a big part of why he invested in the establishment last year.

"I mean, who would turn music down?" Bayeh asks, following up the thought with a laugh. "You can't go wrong; the show is close to the beach on a hot, [and hopefully] sunny Sunday afternoon. Great music, a great vibe, cold beer – how could you say 'no' to that?"

The members of Falling Hollywood certainly couldn't, as they will open for Badfish to kick off the whole Shickalay's experience, which will feature vendors and an open-field set-up to embrace a beach party vibe.

"It's something new for Erie," says Falling Hollywood singer and guitarist Matt Flowers. "That venue location is a prime spot. It's outdoors and you don't have to drive all of the way out to Girard or go to New York to get that festival atmosphere, so it's really cool."

Add supreme Sublime tribute band Badfish to the equation and the start of the Shickalay's series has a formula for success, so get out there on June 1 and treat yourself to something new. — Alex Bieler