La Di Da is a musical trip worth taking, even with the occasional speed bumps.

by Alex Bieler
View ProfileFacebookTwitterInstagramGoogle+RSS Feed
September 30, 2015 at 9:15 AM 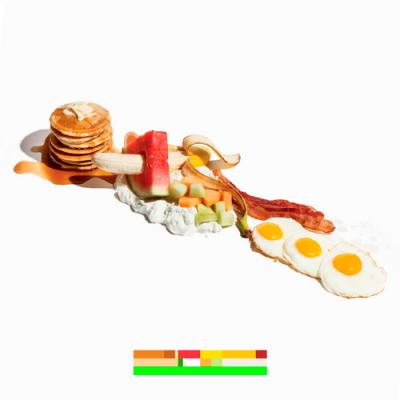 La Di Da Di, the latest album from experimental trio Battles, is at its most exhilarating when you let it take you for a ride instead of analyzing every specific moment of the trip. Sure, there are plenty of technical bits from the trio — Ian Williams, John Stanier, and Dave Konopka — that are fascinating both on their own and in how they interact with other elements of each track. But delving in too deeply slows down the momentum, like missing the thrill of a speedy turn because you were trying to read the small font on a sign you drove past. Not everything on La Di Da Di's sonic voyage is exciting, though. Long stretches in the middle of the album sound cool at first; but after awhile, they end up coming across as repetitive. Still, it's a trip worth taking, even with the occasional speed bumps. —Alex Bieler