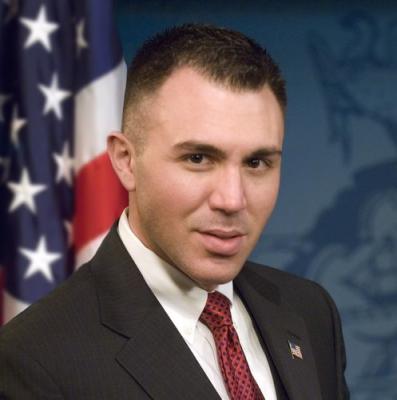 Maybe it's just that my brain is hardwired for confirmation bias, but I really, really like state Representative Ryan Bizzarro's recent op-ed in the Erie Times-News.

Bizzarro discredits the governor's excuse that cuts of stimulus funding led to the state's cuts, notes the real impacts of defunding schools (larger classes, higher property taxes, loss of jobs) and points out how his funding policies have disproportionately affected poorer school districts – like Erie. ("...[I]t hardly seems fair," wrote Bizzarro. "Unless you believe the quality of a child's education should hinge on which ZIP code he or she lives in...")

Sound familiar? It should. I wrote a friggin' cover story on the issue, and came to similar conclusions. Corbett has shorted education funding even though the money was available elsewhere, reflecting his trickle-down tax policies, which hurt everyone but multi-millionaires and big business. And he's targeted the poorest school districts for the biggest cuts.

One of the unfortunate side effects of the governor's education policy is a rise in property taxes (which the governor blamed on school boards, a joke that isn't very funny). So while the governor is claiming his fiscal policies have led to lower taxes, he's not exactly right. State taxes might have stayed low, but local property taxes have skyrocketed. Property taxes, of course, are the main local funding source for schools.

That's an especially difficult problem for Erie. House value is one of the lowest in the state – about $90,000 compared to the state average of $130,000 – and the city has a low ownership rate. And then about 30 percent of Erie is owned by non-profit, tax-exempt entities, like hospitals and schools. That means a large property tax hike raises only a small amount, while forcing Erie to pit its property tax rate unfairly with its suburbs.

Property taxes are regressive. That is, they affect the value of your house, not your income or your wealth. Seniors are especially susceptible to property taxes, for example; too many have seen their taxes skyrocket simply for living in the same house and having their home value rise. So tying schools to property taxes is a recipe for disaster. It hurts the local economy by placing the burden on a lot of folks who can't afford it.

That's why it's good to see the thrust of Bizzarro's op-ed is around his plans to reform state property taxes:

I'm a co-sponsor of House Bill 76, the proposed Property Tax Independence Act, which is designed to eliminate school property taxes in two years. However, it's been bottled up in committee, which is piloted by the Republicans, the majority party in Harrisburg.

Check out the proposed act. It seems like a sensible step, distributing the taxes more fairly, so that everyone pays their fair share, and places like Erie – already struggling – aren't furthered burdened by high property taxes.