Bombastic Bombardments by Blackalicious at BT

One of the world's top hip hop acts is headed to Basement Transmissions. 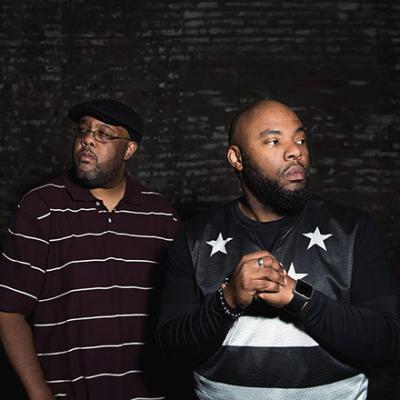 One of the world's top hip hop acts is headed to Basement Transmissions. The long-running duo known as Blackalicious has Erie marked as a stop on their current tour. Since the release of Imani Vol. 1 in 2015, the group has been consistently touring around the globe. Incredibly, the band formed in 1992. Releasing their first single in 1994, they immediately began garnering critical praise. Unsurprisingly to their listeners, they've maintained that same high level of credibility and quality.

The duo is comprised of rapper Timothy Parker, better known as Gift of Gab, and producer/DJ Xavier Mosley, who goes by Chief Xcel. Gift of Gab, as his name implies, is blessed with amazing emcee abilities. Well known for his tongue-twisting lyricality, Gift of Gab also delivers intelligent messages with a positive spin. A successful touring artist in his own right, his last stop in Erie was in 2010 at the now-defunct Crooked I.

A longtime favorite among hip hop audiences, Blackalicious recently gained mainstream attention from an unlikely source. In 2014, actor Daniel Radcliffe successfully recited the group's song "Alphabet Aerobics" on The Tonight Show with Jimmy Fallon, opening up the group to many new listeners. Soon after, the duo closed their decade-long gap between albums, releasing Imani Vol. 1. The newest record, according to Gift of Gab, is said to the be the first of a trilogy of albums, with the first sequel to be released this year.

The show will also feature a bevy of local acts, with Trip Kit opening, followed by the Dream Team. Tyler Ames, known as Lil Krum will follow, with the full band hip hop of the LEC preceding. Erie's own C.Brown will take to the stage as the penultimate performer of the evening. This is sure to be one you won't want to miss. – Nick Warren