by Nick Warren
View ProfileTwitterInstagramRSS Feed
October 12, 2016 at 10:45 AM 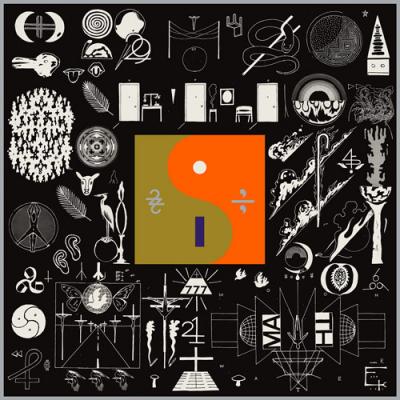 At first, the sound might surprise you. This is a far, far cry from For Emma, Forever Ago. In the wake of 22, A Million, 2011's doubly eponymous Bon Iver, Bon Iver serves as a beautiful, Grammy-winning bridge between sounds. At first glance, despite having a comma in its title, this new album shares little in common with Bon Iver's previous two efforts. That, of course, is purely superficial. Bon Iver is Justin Vernon, his voice, his lyrics, and his vision. Vernon's prior collaborations with Kanye West on My Beautiful Dark Twisted Fantasy and Yeezus suddenly become more significant. The production similarity between this and West's work are perplexingly abundant. Right from the first notes, the results are exquisite. "22 (OVER S∞∞N)" instantly feels generation-defining, in all of its M83-esque glory. Synthesized tones sculpt the sound into poignant pleas. The album is far from reserved, letting loose epic, blasting sections in "33 'GOD,'" and "666 t," among others (cover artist Eric Timothy Carlson helped to create the symbol-heavy album titles). Tracks like "715 - CR∑∑KS" see Vernon shaping his poetic falsetto with autotune harmonies and modern R&B production. – Nick Warren