Boogey Down at the King's Rook Halloween Bash

The King's Rook Halloween Bash is one Franken-funky creepy crawlin' evening of All Hallows' awesomeness. 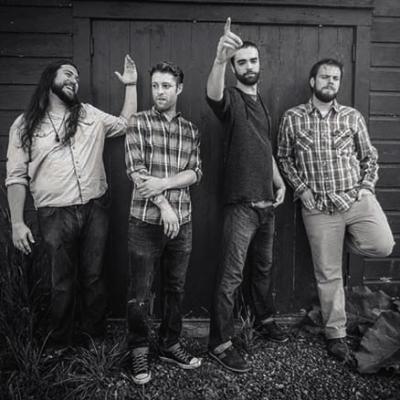 Every year's Halloween get-down at the King's Rook is off the hook.

Mosaic Foundation? They lay a helluva groove down too.

Add all those parts together, and what's brought to life is one Franken-funky creepy crawlin' evening of All Hallows' awesomeness.

That's what's going down at the Rook's 2017 Halloween Bash.

Scared to let the spirits move you? Don't be. Chances are you won't even need the liquid variety to boogey, man.

That's because Mister F — a tight, synthy fusion of, well, just about everything — are a standout among standouts on the wider region's live music scene. Brooklyn-based Live for Live Music, one of the last words in what's happening in that scene, have this to say about the quartet: "Mister F … broaches all aspects of organized music. Rooted in funk traditions, [the band's] members are no strangers to unique compositions and sonic explorations, though it's done with a tightness that keeps listeners dancing throughout their performances."

And Mosaic Foundation are most definitely no slouches either. Coming to us from New York's pristine Finger Lakes region, the collection of multi-talented musicians stays true to its name and deep roots, mashing ska, dub, dance-hall, and other influences into a sweet, positive, powerful sound that's uniquely their own.

What they bring to the stage, they say, is "an exploration in reggae that is pushed to the limits — and sometimes spills over."

There's gonna be some groovy ghouls going bump in that night for sure.