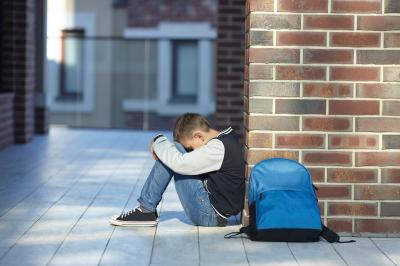 When I was in high school just 10 years ago, anxiety and depression were subjects reserved for private conversations with your therapist or if you were lucky enough, your immediate family. Publicly announcing: "I see a therapist" would be cause for judgment. The trend of Columbine was still in incubation and the mental health crisis was only a concern in the minds of individuals suffering every day. Not being able to speak out about your illness is like taking in a big breath of fresh air, yet never being able to release it. This past month, I got to exhale as I witnessed firsthand how the stigmas of mental health have changed since I was a teenager.

In high school I played sports year around. The old school mentality of sucking up my feelings is what prevented me from telling coaches, teammates and friends that I suffered from depression and anxiety. The lies I told because of the surrounding stigmas were a toxic symbiotic relationship.

Little did I know, I wasn't the only one struggling. Too late did I discover that my friend and teammate Peter also suffered. Peter and I were more alike than I thought. You would have never labeled us as kids who silently ached with anxiety and depression. Peter was Fairview's football athlete of the year, he played basketball, and ran track. He was one of the most outgoing personalities in our class. Yet, side by side working out together everyday … we had no idea that the other one's mind and heart were on fire. This past November, Peter became one of the 800,000 people who take their own lives from depression every single year. If only we could have felt like we could speak to each other.

While it is easy for a teacher to see the signs of a stereotypical troubled child who needs help, Peter and I were the last students they would think they needed to reach out to. For the students who silently suffer, maybe we can allow them to feel comfortable enough to come to us, through genuine compassion and making the entire student body's mental health as much of a priority as their grades. Solitary confinement is one of the cruelest punishments we can inflict upon a human being; simply cutting a person off from interacting with other humans can cause that person to literally go insane. Solitary confinement doesn't have to be four walls made of concrete. The walls can be made of harsh nicknames and false rumors; the barred window can be a phone screen that harasses you and shows you everything you're missing out on. Talking out loud about mental health is the first step to building the key to letting those students out of that room.

On March 22, 2018 I returned to Fairview High School to be a part of their district community panel on mental health "Say Something." In just the past three years alone, the district's administration has seen a staggering increase of anxiety and depression in their students. As a result, they are consciously investing in mental health support for their students.

In addition to counselors, they created a "refocus room" devoted to mental health support with two Sara Reed employees, options for outside counseling services, and a school psychologist. The panel was part of the Fairview School District's strategy to bridge the support between two key groups — the school faculty and the parents of the community — to create a unified team working around the clock on student's mental health. In addition to the district's principals, counselors, and teachers, Fairview enlisted two speakers for the panel. First, myself an advocate and public speaker for mental health, followed by Kimberly Morrow, a local mental health therapist who has been training professionals and presenting workshops nationally for over 10 years.

The people who put together this panel realize that we cannot ignore this problem. They realize we do not have time to treat violence and addiction as the illness anymore, when they are actually the symptoms. A wise person once said, "What is more deadly — a gun or a thought? A gun gives the opportunity, but a thought pulls the trigger." Funding mental health is the cheapest, fastest, and most efficient way we can keep our schools safe.

Just 10 years ago when Peter and I were students, there was no such thing as events to discuss the students' mental health. Counselors and their resources were not advertised half as well as they are today. Now, even professional athletes and celebrities are speaking out; most recently Kevin Love from the Cleveland Cavaliers told the world his story about having a panic attack during a game. Although depression, anxiety, and school shootings are on the rise, so are the resources to combat them. Not every school district may have the money to invest in the professional resources Fairview can, but there is one thing even more powerful they are doing that no amount of money can buy — showing genuine compassion for their students.

Derick Fiedler can be contacted at djf4506@gmail.com

Between Erie and Me