Broccoli Samurai  is making big moves, and their Erie shows are always a party. 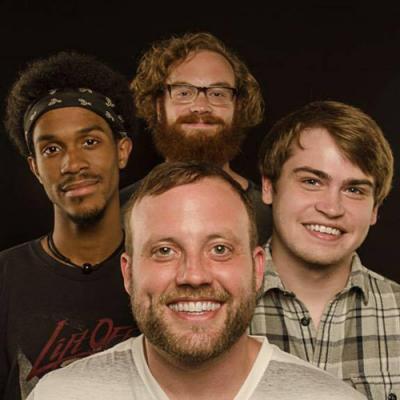 The Cleveland-native band is firmly part of that fresh school of live performance-centric musicians (go ahead and call them the "new jam bands" if you need a vanilla label) who have been melting minds and moving bodies at festivals and venues all over the place in recent years.

It's a new, next-level mode of musicianship, this movement — a happy marriage of sight and sound and motion, a sonic amalgam that's informed as much (more?) by video games as the Grateful Dead.

Anyone who's been there (say, at either of their recent live sets at the amazing Night Lights Music Festival, for two fine examples) knows that is a very good thing. And anyone who's not yet experienced that newness, and those considerable chops on display, will just have to see and hear and feel it for themselves.

This year's summer festival circuit (of which they're a major part) is all but closed at this point, but, lucky for all those with still-happy feet, Broccoli's being served up again at the King's Rook Club, one of their most-friendly regular regional host venues.

"They're making big moves, and their Erie shows are always a party," says the Rook's Ryan Bartosek (who really knows his Broccoli, also being their manager and all).

He ain't just saying that, either.

And, just in case their party soundtrack needs a little backup, the Rook has also brought in absolute prog-beasts ShwizZ as the evening's opener, along with well-loved local beats-maker NatasK for the night's upstairs after-party.