by Nick Warren
View ProfileTwitterInstagramRSS Feed
January 2, 2019 at 10:00 AM 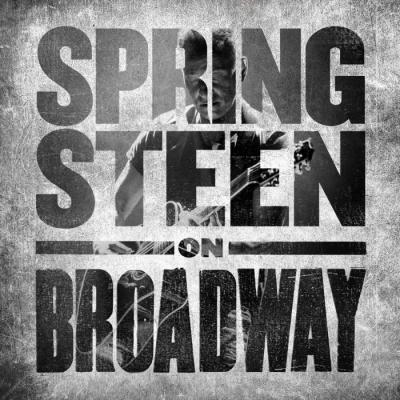 4.25/5 Stars
"I've never held an honest job in my entire life, I've never done any hard labor, I've never worked nine-to-five, I've never worked five days a week until right now," Bruce Springsteen admits to thunderous laughter and applause. "And I don't like it," he jokes. "I've never seen the inside of a factory and yet it's all I've ever written about," he goes on to say. The opening lays everything out on the table, a supremely self-aware performance from one of the most iconic figures in American music. From October of 2017 to December of 2018, Springsteen held a residence at Broadway's Walter Kerr Theatre, consisting of five shows a week. This doubly-extended run culminated in a beautifully recorded Netflix special and a 30-track, double disc soundtrack to go along with it. There is no other artist like Bruce Springsteen. Having consistently produced a catalog worthy of praise since the early 1970s, "The Boss" plays stripped-down cuts filled with moving moments, insights, and humor. Through extended songs with multiple introductions ("Promised Land" has three), it's like a VH1 Storytellers, but the best it could ever be. — Nick Warren