As the name implies, Bubblegum Lemonade isn't afraid to be sweet.

by Nick Warren
View ProfileTwitterInstagramRSS Feed
December 7, 2016 at 10:45 AM 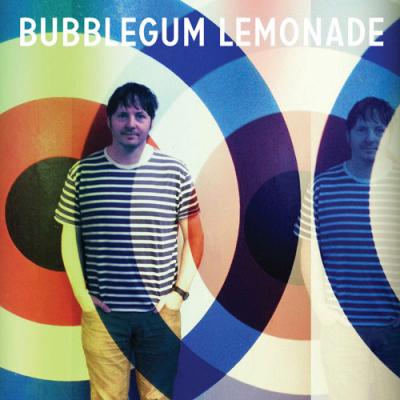 Sometimes simple songs are the greatest. Starting off with some brief feedback against a drum machine beat, the "real" drums come in along with a smooth, bright powerpop riff. The chorus kicks in with the melodic pop punk perfection of the Mr. T Experience. As the name implies, Bubblegum Lemonade isn't afraid to be sweet. The band is the work of Glasgow's Lawrence McCluskey, who prefers to be known simply as "Laz." Also half of the duo Strawberry Whiplash, the Scotsman has a strong penchant for 12-string Rickenbacker guitars, the shimmering iconic 1960s sound shining through every track on The Great Leap Backward (the group's fourth record). Despite the title's reference to 1958's tumultuous Chinese campaign led by Mao Zedong, the album is far from heavy. The lyrics are full of astute references, although they're sometimes overshadowed by childlike sections of "Wishing It Were Friday" and "Dead As Disco" (repeating lines like "I am Woodstock and you were Altamont"). This album is an absolute pleasure to listen to, a feelgood indiepop gem, all the while remaining decidedly sugary.