Modern pop music at its best 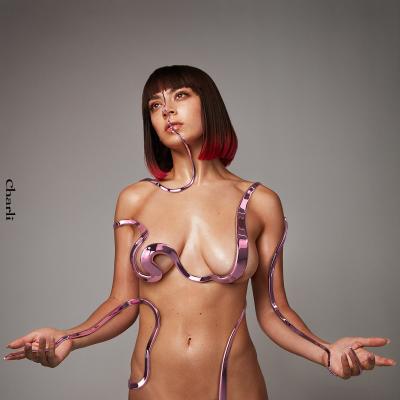 This record is modern pop music at its best. Charli is a freewheeling celebration of excess that's able to miraculously ground itself. Charlotte Emma Aitchison, better known as Charli XCX (the stylized acronym surname meaning "kiss Charli kiss"), gained worldwide attention as the featured artist on the Iggy Azalea smash hit "Fancy" in 2014. At 27, Aitchison has released three formal studio albums and four full-length mixtapes. While her 2014 album Sucker was the near-perfect distillation of a defiant punk rock 22-year-old spirit (well worth revisiting if you ever want to dance around your bedroom), Charli is markedly more mature, waiving a more relaxed middle finger this time around. The guest spots alone on this record read like a veritable who's who with appearances from Sky Ferreira, HAIM, Big Freedia, Christine and the Queens, and 2019's MVP herself, Lizzo. The album is entirely Aitchison's however, filled with languid, reflective moments like "I Don't Wanna Know" following fuzzy bops like "Silver Cross," leading up to the heartfelt minimalist anthem of "Official." Calling her shot, she aptly titled the opening track "Next Level Charli."