Basement Transmissions will be slammin' with the sounds of the streets. 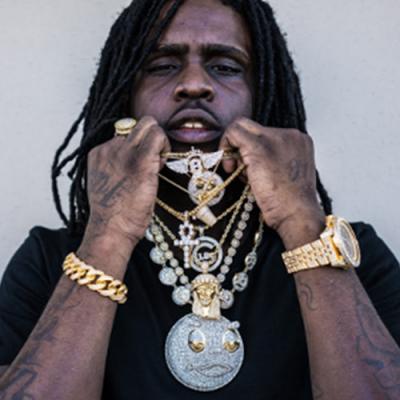 When Kanye West first heard Chicago's Keith Cozart on the mic, he did something decidedly out-of-character – he listened.

What West witnessed on that day five years ago was one of rap's young prodigies, a 16-year-old dynamo who had accumulated over 1 million views on video-sharing websites and a massive following among Chicago's South Side with his single "I Don't Like." A bidding war ensued for his talents, ultimately won by Interscope Records with the release of his 2012 debut Finally Rich. With several successful mixtapes to his name and another LP leaked online in 2015 (Bang 3), Keef's renown continued to grow within the industry. Unfortunately, so did his rap sheet, with numerous paternity suits, firearm charges, and parole violations ushering a split with Interscope. Keef "retired" in 2016, only to resurface in collaborations later that year and drop his new mixtape Two Zero One Seven last month.

Basement Transmissions will be slammin' with the sounds of the streets as "Sosa" takes the stage to spit his truths.

Despite his turmoil, Keef continues promoting his work (and that of his Glo Gang collective) through his imprint Glory Boyz Entertainment and performing live. Basement Transmissions will be slammin' with the sounds of the streets as "Sosa" takes the stage to spit his truths. Opening will be local rapper William Weyes, who cold-filters trap music through strains of chill, breathing lyrics so real you can see them hanging in the air. The Dream Team will also precede the main event, with subwoofer workouts such as the Ying-Yang inspired "City." – Matt Swanseger