by Nick Warren
View ProfileTwitterInstagramRSS Feed
December 21, 2016 at 9:30 AM 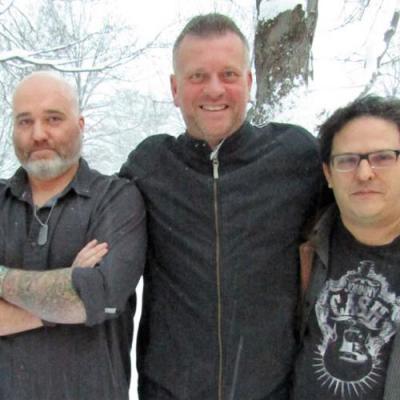 Before Christmas hits, treat yourself to some of Erie's finest musicians performing what they do best. Big City Hangover will be joined by Stephen Trohoske's Art Groupies for the Kings Rook Club's "Christmas Bash."

Despite Big City Hangover's relatively short existence, the band shares a long history. The show's organizer, Ryan Bartosek, was eager to emphasize that "Big City Hangover is an exciting, new, funky local band headed by Scotty Cravener and Rich Krouse. Both have been active parts of the local music scene for decades, Cravener as part of two of Erie's most popular bands ever, Plato's Cave and Chocolate Starfish." Kenny Cornelius and Doug Welser round out the rhythm section.

Explaining why this show in particular is special, Bartosek explained that "the guys in Big City Hangover have been busy with family, work, and life and haven't been overly active on the local scene in quite awhile. That they've gotten a new original band together is very exciting and will not disappoint."

Trohoske looks at both groups fondly, noting that "between both bands, a lot of us go back pretty far together. It's definitely going to be a party along those lines. We're going to have old friends stopping in. We're going to have celebrations of different life events going on with people. And I think it's going to excel from there." – Nick Warren