Every Open Eye shimmers, sparkles, and satisfies on another batch of finely-crafted pop tunes.

by Alex Bieler
View ProfileFacebookTwitterInstagramGoogle+RSS Feed
October 14, 2015 at 11:30 AM 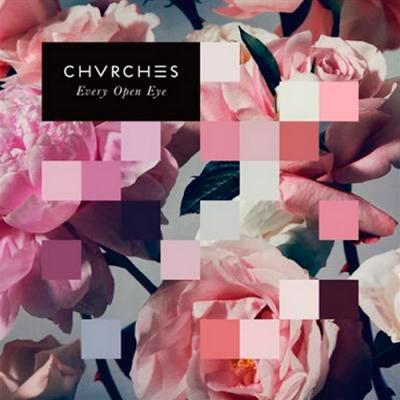 Scottish trio Chvrches turned a lot of heads with the band's debut album The Bones of What You Believe, almost as if their catchy, synth-driven pop tunes grabbed you by the ear and forced you to pay attention. The crew of Lauren Mayberry, Martin Doherty, and Iain Cook fine-tuned that formula for their follow-up full-length release, and it certainly doesn't disappoint, as Every Open Eye is another collection of pop tracks that are wonderfully executed. These songs have an earworm quality about them that can get them noticed by Top-40 radio stations while still maintaining an emotional depth that your usual three-minute heavy rotation tracks tend to lack. Even the album's weaker tracks, "Playing Dead" and "High Enough to Carry You Over" still impress, while "Leave A Trace" and "Make Them Gold" soar. Just like its predecessor, Every Open Eye shimmers, sparkles, and satisfies on another batch of finely-crafted pop tunes. — Alex Bieler