Charles E. Curran is speaking tonight on "Justice in the Christian Tradition" - and there are a lot of reasons he's worth listening to. 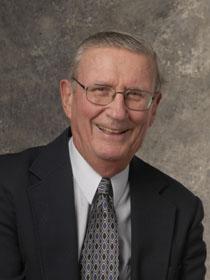 Within the international Catholic community and beyond, priest, and famed theologian Charles E. Curran has long been both revered and a renegade.

Curran, a priest of the Catholic Diocese of Rochester, N.Y., who currently serves as Elizabeth Scurlock University Professor of Human Values at Southern Methodist University, has authored and/or edited more than 50 works on moral theology. And his views and teachings on topics ranging from abortion and contraception to premarital sex, divorce, and homosexuality have, for decades, stood at odds with the Church's official stances on such matters - so much so that, in 1986, the Vatican itself actually stripped Curran of its official blessing for him to teach Catholicism in any Catholic school.

Still, Curran - who was the first recipient of the John Courtney Murray Award for Distinguished Achievement in Theology given by the Catholic Theological Society of America - is "one of the most prominent and respected theologians living today, respected both within his own Catholic communities as well as in traditions outside of the Catholic Church," according to Dr. James Drane, founder of the James F. Drane Bioethics Institute at Edinboro University of Pennsylvania.

Tonight, Curran will bring his views and teachings on the subject of the ethics of justice from a religious standpoint to EUP during a free-and-open-to-the-public lecture, "Justice in the Christian Tradition."

Curran's "awards and scholarly achievements, and having been named [a] New York Times' 'Man in the News' is a recognition of the prominence and respect he has," Drane said.

And, among others, more good reasons to hear what he has to say.

For more information on the talk, visit edinboro.edu.Writer/photographer Ryan Smith can be reached at rsmith@eriereader.com, and you can follow him on Twitter @ryansmithplens.