Daybreak Radio Dials Up for a Rook Release Party

Daybreak Radio and their frontman Tyler Smilo have plenty in store for the new year.

by Nick Warren
View ProfileTwitterInstagramRSS Feed
January 4, 2017 at 9:15 AM 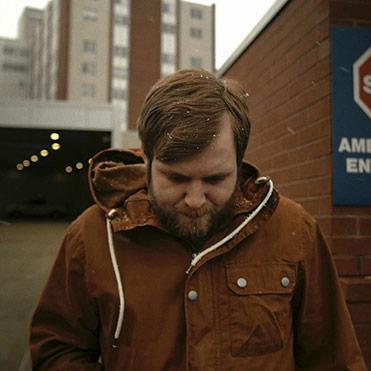 Daybreak Radio and their frontman Tyler Smilo have plenty in store for the new year.

The Erie band is gearing up to release their second EP, fittingly titled Vol. II. The Kings Rook Club will be the site of the record release party, just as it was in May of 2015 for the band's debut.

Don't be fooled by its humble "extended play" distinction; the record's six tracks clock in at over 25 minutes. The tracks were produced by Trevor Huster, and have a rich sound that's, for lack of a better descriptor, radio-ready.

Leaning into the motif, the record opens by tuning in through static hisses. Snippets are heard of Smilo's solo tracks "Texas" and "Virginia is for Lovers," as a full band version of "Rescue the Radio" (which similarly appeared on 2015's Dust In a Grave) kicks in. Continuing the driving rock vibe is "Hellbound and Beautiful," a track depicted in its own music video earlier this year. Directed by local videographer Howard Glover, the video more explicitly looks at the subtext behind many of Smilo's songs: drug abuse. Smilo has struggled personally with addiction, both openly addressing his experiences and illustrating them lyrically.

Smilo's vocal delivery is tremulous and emotional, with a controlled power that he uses to great effect with Daybreak Radio.

Smilo's vocal delivery immediately builds a personal connection with the listener. His voice is tremulous and emotional, with a controlled power that he uses to great effect with Daybreak Radio. Standing out instrumentally is the expert guitar work of Justin Anderson (who also plays with Strangers and Liars). Anderson blends tight "chicken pickin'" licks alongside searing lead lines. Joined by drummer Jonathan Hunt and bassist Jassen Wilber, the band builds on their folk-rock, filled with twinges of alt-country and classic vibes for a rich, bright sound.

Smilo himself has plenty lined up for the rest of the year. The singer is embarking on his own series of shows, christened "The Lone Showman Tour." With dozens of dates during winter, scores of regional breweries, bars, and venues will host Smilo's performances.

In addition to Daybreak Radio and his solo tour, the folk project Smilo & The Ghost are putting the finishing touches on their new recording. Filled with lush string sections and emotionally resonant moments, the record sounds incredibly promising. Be sure to tune in. – Nick Warren