Mike Patton and Dave Lombardo have made one of their most energetic releases to date.

by Nick Warren
View ProfileTwitterInstagramRSS Feed
August 16, 2017 at 10:45 AM 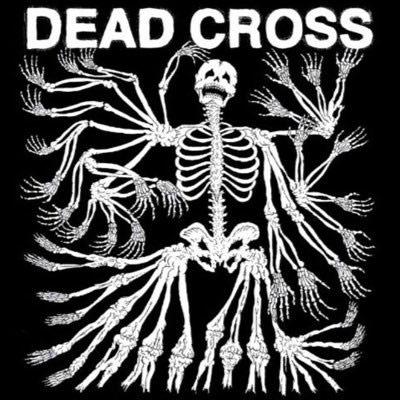 Like a bolt of elemental force in frenetic bursts of hardcore punk, Mike Patton and Dave Lombardo have made one of their most energetic releases to date. Will the cult of Mike Patton take to this as they so heartily took to Fantômas? The virtuoso behind Faith No More and Mr. Bungle lends his trademark range and idiosyncratic quirks to give the album a definitive stamp of individuality. Remarkably, this is one of the purest albums Patton has ever done. For such an experimental team manning the expedition, this eponymous debut is about as straight-ahead as one can get. The genre has mostly been carved out by bands that came before them, like Slayer, The Locust, and the Misfits. The thing about that though is members of Dead Cross have been in those bands. Aside from Patton, the band consists of Lombardo, one of the most respected drummers in metal, guitarist Mike Crain, and bassist Justin Pearson. With 10 tracks clocking in at 27 minutes, the supergroup doesn't disappoint, each track full of temple-pounding, visceral aggression. — Nick Warren