Deeper promises a fresh take on something slightly familiar.

by Nick Warren
View ProfileTwitterInstagramRSS Feed
June 6, 2018 at 11:00 AM 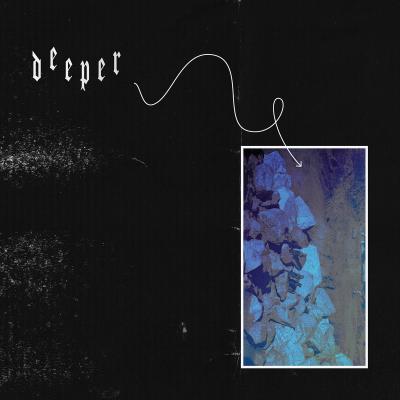 The eponymous debut album from Chicago's Deeper is refreshing, anxious, and entrancing all at once. Beginning with the sharp guitar chimes of "Pink Shower," the album promises a newly interpreted take on something slightly familiar, coated with a subtle vibrato warble impersonating warped vinyl playback. With angular post-punk throwback sounds perfect for fans of Preoccupations (especially in their Viet Cong days), or Cymbals Eat Guitars, this is a band to be on the lookout for, easily rising above the countless swaths of new indie rock bands. The quartet from the Windy City is fronted by singer and guitarist Nic Gohl, whose lyrics showcase a measured anxiety that's echoed by his vocal delivery. Songs have a jaunty, mid-tempo feeling of passive aggression, intelligent and biting when in the right circles. The trebly guitar chimes that begin the record remain omnipresent for the entirety of the short album's nine tracks, far more cohesive than repetitive. Beginning in 2014 as a surf-inspired band with female backups, their new sound is certainly an improved one. And while this album in particular may be difficult to Google, it's worth checking out. — Nick Warren

40 Under 40 Alumni Continue to Show Moxie

Away Isn't a Waste of Space

by Larry Wheaton7 hours ago

by Aaron Mook7 hours ago

by Nick Warren8 hours ago