The iconographic punk rock band might have taken its time, but some things are worth the wait.

by Nick Warren
View ProfileTwitterInstagramRSS Feed
August 17, 2016 at 9:00 AM 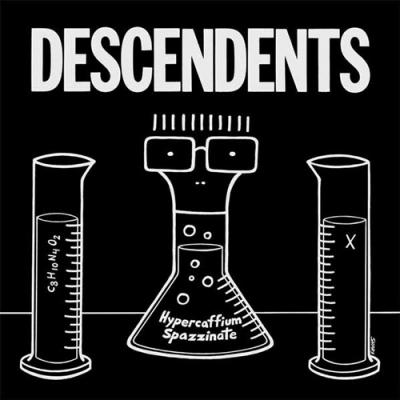 Returnage. From the opening chords of "Feel This" you'll be refreshed and reenergized. The iconographic punk rock band might have taken its time, but some things are worth the wait. Led by frontman Milo Aukerman, they return with their third full-length in 20 years. If you enjoyed the tight pop punk of 1996's Everything Sux and 2004's Cool to Be You, you won't be disappointed one iota. The 16 tracks of Hypercaffium Spazzinate fit together perfectly, nearly indistinguishable from their established latter-day sound. The deluxe version of the album adds on this year's SpazzHazard EP, upping the total to 21. The instrumental force behind ALL, Bill Stevenson, Karl Alvarez, and Stephen Egerton remain at the top of their game. Lyrically, Aukerman continues to shape his personal, open-book emotional vulnerability. Along with beautiful, self-reflective sing-alongs like "Smile," the band never takes itself too seriously. There're still songs like "No Fat Burger," a health-conscious punk's follow-up to the 1981 track "I Like Food." It's hard to believe the band isn't being self-referential during the catchy chorus of "Comeback Kid." – Nick Warren