Did Erie County Really Get 31 COVID-19 Cases In One Day?

by Nick Warren
View ProfileTwitterInstagramRSS Feed
June 9, 2020 at 10:30 AM 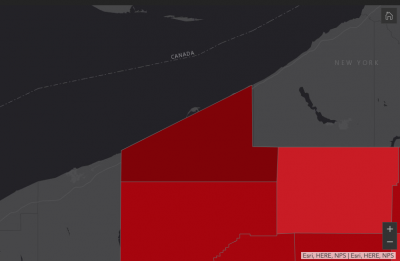 "Throughout this outbreak, we have worked to ensure that we have accurate and transparent data for Pennsylvanians to look at how COVID-19 is impacting our state, PA Secretary of Health, Dr. Rachel Levine explained in her June 8 press conference. "Today we are launching a dashboard that provides all of this data in one place. The dashboard includes information at the county and zip code level that was previously shared and has expanded to include hospital preparedness, demographic data related to cases and deaths, testing information, and reopening status."

On Saturday, June 6, ErieNewsNow and GoErie.com reported on the state's numbers of new positive COVID-19 cases, citing a record number of new cases in a single day: 31.

31 sounded shocking, but far from unbelievable. It was, however, wrong.

Anxieties have continued to ride high amongst both county residents and their government officials. The disappointment regarding Governor Tom Wolf's recent announcement that Erie County would not move into the Green phase of reopening the day prior hung in the air.

I will fight for you, but you have to give me a leg to stand on.

Wear a mask.  Social distance.  No parties/ get togethers without the two.  We have to get these numbers down."

Erie- 31 new cases today. I will fight for you, but you have to give me a leg to stand on. Wear a mask. Social distance. No parties/ get togethers without the two. We have to get these numbers down.

In keeping with their general timeline, the Erie County Department of Health did not give any new totals until around 5 p.m. on Monday, June 8. Those numbers were:

While these numbers coincidentally add up to 31, Erie County did not report a record-high number of cases for a single day.

Since new data is almost always relayed from the previous day, Erie County reported a third of the cases that the state did for the day in question.

Over the weekend, the way the Pennsylvania conveys COVID-19 numbers changed. They introduced an interactive dashboard online, abandoning their former tables of data.

On April 21, something similar happened.

It was around this time that the state began folding probable deaths in with confirmed COVID-19 deaths. In a single day, Pennsylvania's total number of deaths increased by 20%. Levine clarified that "it's important to remember that this increase did not happen overnight, but it is the culmination of our efforts to continue to bring to the public the most accurate data possible."

Immediately after probable cases were added, statewide numbers jumped dramatically on paper. In reality, those Pennsylvanians who tragically died due to complications of COVID-19 did not die in a single day, but over a period of weeks. There was simply a misleading lag in data reporting.

In the past few weeks, Erie County has been relying more heavily on the state's data, in order to focus more attention on contact tracing, as Erie's numbers rise in spite of Pennsylvania's leveling off. While there has frequently been a small disparity between state and county data, it never reached double digits, and was generally resolved within a few days.

Prior to this weekend, probable cases have not been publicly reported by a county-to- county basis. It has been the policy of the Erie County Department of Health to include probable cases in with the cumulative number, according to CDC guidelines.

There is currently a discrepancy of eight cumulative cases, with the state reporting 378, and Erie County reporting 398. This is the largest discrepancy the county has seen since tracking COVID-19.

On June 8, David Bruce wrote for GoErie.com that Nate Wardle, press secretary for the state health department confirmed that a data-dump was responsible for this due to a backlog from one of the laboratories. ErieNewsNow also received a similar confirmation from Erie County Executive Kathy Dahlkemper.

With the Erie County Health Department putting a vast majority of their efforts into contact tracing and training these new contact tracers, real-time data has taken a backseat to an immediate and rapidly growing caseload.

On Tuesday, June 9, the county reported 28 new COVID-19 cases. So while the record-number of 31 may require an asterisk, it's not too far off. If Erie's trend continues, it in all likelihood will be a moot point.