Dinosaur Jr. // Give a Glimpse of What Yer Not

J Mascis, Lou Barlow, and Murph are back again, right where they ought to be.

by Nick Warren
View ProfileTwitterInstagramRSS Feed
August 17, 2016 at 10:30 AM 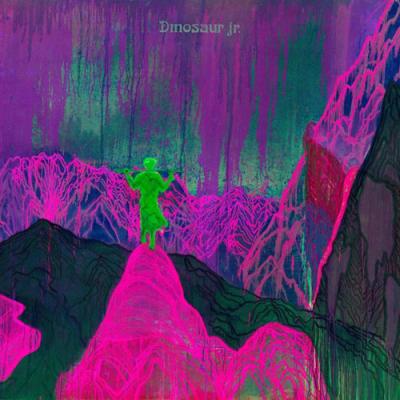 Give a Glimpse of What Yer Not

Yep, this is another Dino Jr. record. That's a good thing, kids. J Mascis, Lou Barlow, and Murph are back again, right where they ought to be. Mascis' guitar tone is a thing to behold. Taking the "wall of sound" approach quite literally, Mascis is buttressed onstage by three Marshall full stacks. Listen to the doomy intro to "I Walk for Miles" to hear it in full effect. His signature Fender Jazzmaster doesn't rely on thundering rock alone, though. As always, there are the tender alternative tones balancing things out, as per the delicate riffs of "Lost All Day." It's Mascis' sympathetic, slacker-jawed drawl that brings it all together. His iconic, unaffected crumble can sell every last mumbled line. The two Lou Barlow tracks ("Love Is…" and "Left/Right") wind up surprisingly skippable. The Sebadoh and Folk Implosion frontman is clearly capable of greatness, but ends up breaking up the album's flow. Give a Glimpse of What Yer Not follows up on 2012's I Bet On Sky. It's the band's 11th studio album in their over 30-year history, continuing to influence a new generation. – Nick Warren