by Charles Brown
View ProfileFacebookTwitterInstagramRSS Feed
May 12, 2021 at 12:30 PM 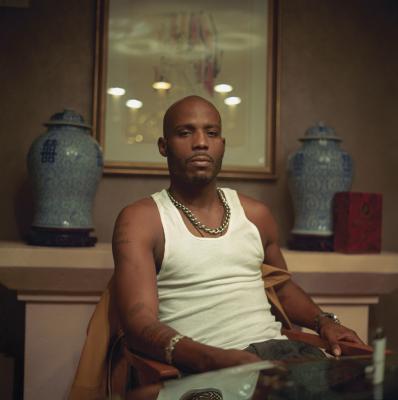 As if America hasn't dealt with enough heartbreaking news over the past year, we still find ourselves taking curveball after curveball, becoming more unsure of the future. But let's focus the scope on hip-hop, a genre that's claimed to be "the sound that runs the world." Fans all over are constantly anticipating the big next song or arguing who is the greatest to ever put the pen to the test. And as always, the culture never lets go of its legends even after their passing. From borough to borough, murals are painted all over to commemorate our street poets in order to keep hip-hop alive. And we'll continue to do so as we have lost one of the rawest talents to ever blaze the scene. That artist, my friends, is none other than Earl Simmons — aka DMX — who passed away on April 9 of this year due to an apparent overdose. Details of what drug caused his untimely demise have not been disclosed.

To many, the Yonkers emcee (born Dec. 18, 1970), was more than an inspiration to listeners worldwide. DMX (or Dark Man X) would carry the torch from those before him such as Tupac Shakur, to present some of the grittiest of street tales and cringe-worthy yet beautiful introspection that resonates with fans until this day. X emerged onto the rap world in 1997 and sky-rocketed in 1998 with his debut album under Ruff Ryders/Def Jam It's Dark And Hell Is Hot. Within the same year, he dropped his follow-up titled Flesh Of My Flesh, Blood Of My Blood which featured one of his most honest songs yet, "Slippin." Both albums went #1 on the Billboard 200 charts with his next three releases tackling the same position. X became the first rapper to go #1 five times in a row and sold millions of copies each time.

DMX's music was based on the crippling duality of man, fighting what he would call the dark and the light. Filled with outbursts of pain, criminal motives, prayers, and conversations with God, X's lyrics displayed his trauma as much as his desire to be saved from it. With a distinctive voice that carried an undeniable raspiness, this Ruff Ryder made it known that he was hungry for his shot in the world, and at the same time wanted to heal others with the word of God and natural philosophies.

Earl Simmons became a ray of light for those who were experiencing rough patches in their own personal lives. He was not only the voice of the streets, but a leader of the hopeless. What would you expect from a man who came from abuse (both physical and drug-related), neglect, group homes, and numerous times behind bars? X's messages were brutally truthful which led him to be an unstoppable force in hip-hop from 1998-2003 and dominating the rap game alongside his peers such as Jay Z and Eminem. Hollywood quickly took notice of the iconic Yonkers native which placed him in cult-classic movies such Romeo Must Die, Exit Wounds, and Cradle To The Grave.

To show how meaningful DMX's legacy is, I asked a few Erie artists to express their sentiments on the growling poet that we all know and love.

Female rapper/producer/DJ Ne'Richa' took some time to lament and celebrate "The Dog's" artistry. "DMX was the artist that I could relate to during a time when music focused way too much on materialistic things," says the multi-faceted creator. "He talked about real subject matter and feelings. He wasn't afraid to be emotional, and honestly, after Pac (Tupac) died, that was a void that needed to be filled."

Rapper Tone Fach, who is trending upward with his newest album release (L.O.S.T. Lyrics Over Silly Trends), reminisces over his introduction to the legend. "I remember back before I had MTV, everyone in school singing the 'Ruff Ryders Anthem' (DMX's second single from his debut album) and talking about DMX. I knew the chorus before I ever heard the song." Fach recalls getting a hold of X's third release And Then There Was X after seeing the world premiere video for the single "Party Up" at a friend's house. "I later got the album and fell in love with his storytelling abilities and it definitely impacted my own writing."

Renowned hip-hop personality Jay Rastik recognized DMX's powerhouse status claiming him as a centerpiece to what hip-hop is. "Just watching his videos and being able to meet him and know how genuine he was is inspirational. Hip-hop lost a gem when we lost DMX. He helped many people get through rough times."

DMX was hospitalized at White Plains Hospital in New York where he was placed on life support but was in a vegetative state with little to no chance of fully reviving. Shortly after, he was pronounced dead. He was 50 years of age. Before his passing, Dark Man was back into the music with a new album planned to hit the waves all over with some of the most prolific names in rap and R&B featured on it from Lil Wayne to Alicia Keys. X's memorial service was held at the Barclays Center in Brooklyn where his family, friends, fans, and various artists attended and spoke on his behalf.

Though one of hip-hop's prophets is no longer here, the fans still champion his music allowing X's catalog to make a killing in streams over Spotify. Multiple headlines have been hitting the net on a daily basis covering his problematic beginnings to his last days. DMX may have been a troubled soul thirsty for salvation, but his mission was to save the world before himself like the humanitarian he was born to be. Long live one of music's icons.