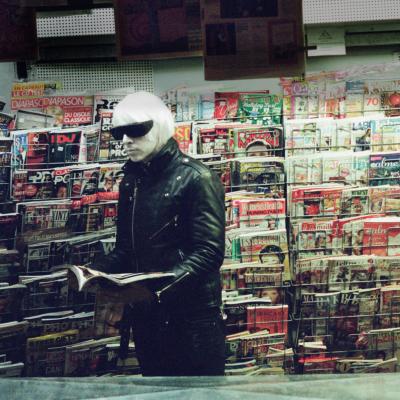 In many ways, Drab Majesty hasn't changed much since their sophomore album, 2017's The Demonstration. The up-and-coming darkwave act that made waves touring with Deafheaven is still sure to garner comparisons to Depeche Mode and The Cure, flaunting drum machines, reverb-drenched guitars, and an aesthetic comprised of pale skin and leather outfits. But even if Modern Mirror doesn't necessarily showcase an evolution in sound, it certainly does in execution. For starters, the album runs a concise eight songs at 42 minutes, trimming nearly 20 minutes off The Demonstration — a project that was fascinating, if a little aimless. The songs that comprise Modern Mirror are simply more memorable, with each serving a specific purpose. "The Other Side" nearly sounds sun-drenched, bringing a warmth that's rarely penetrated the grime of the band's previous work. Tempos change throughout, differentiating the album's flawless sequencing, and even mastermind Deb Demure gets to employ some new tricks behind the vocal booth. The charming and optimistic lead single "Oxytocin" contains some of his smoothest and most original work yet, fortunately reflecting most of Modern Mirror as a whole. — Aaron Mook