Constellations is a cast of two, with endless possibilities. 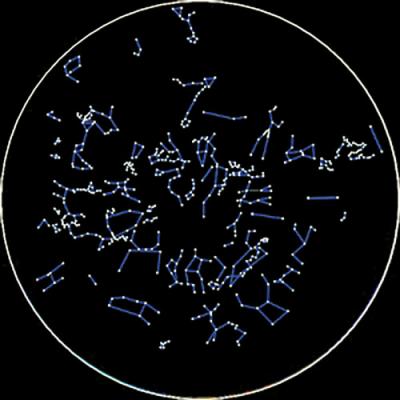 It's a cast of two, with endless possibilities. From the contemporary British playwright Nick Payne comes Constellations. The play debuted on Broadway in January of 2015, originally starring Ruth Wilson and Jake Gyllenhaal.

It's essentially a love story, with some quantum multiverse theory thrown in.

The story exists in many parallel timelines. We follow the characters Marianne and Roland, played by Alexandra Holbrook and JJ Hodges, as they meet and fall in love. It's a narrative stitched together from the fragments of time, as each permutation of the characters experience their reality a different way. The conceit of the play, known as the Many-Worlds Interpretation, weaves a creative thread, tracing the concurrent, diverging lives of the same two people. It's an infinitely branching tree, where anything and everything occurs.

Director Zach Flock described the story, explaining that "the same moment plays out five different ways in the multiverse. So over the course of the play, you see two characters meet and start a relationship, or not. You see them happy, and not. You see many of the possible paths their lives could go down."

It's a fresh concept that is easier to wrap your head around than quantum mechanics. Flock admitted that "once you accept that it's not one definitive story, it's very easy to understand and enjoy."

The challenging script is known as a "two-hander," with a cast of only – you guessed it – two. With such a heavy responsibility on the actors, Flock knows the production is in good hands, affirming that "Alex and J.J. bring a lot of truth to the roles. They really embody the characters, so it feels real. It doesn't feel 'put on.' In the lighter, comedic moments, and the heavier dramatic moments, they bring a sincerity to the roles that make it easy to relate to and feel for the characters."

The play will be presented without an intermission, as far as this timeline is concerned. – Nick Warren